Stars Out In Mohawk's Qualifying Quartet 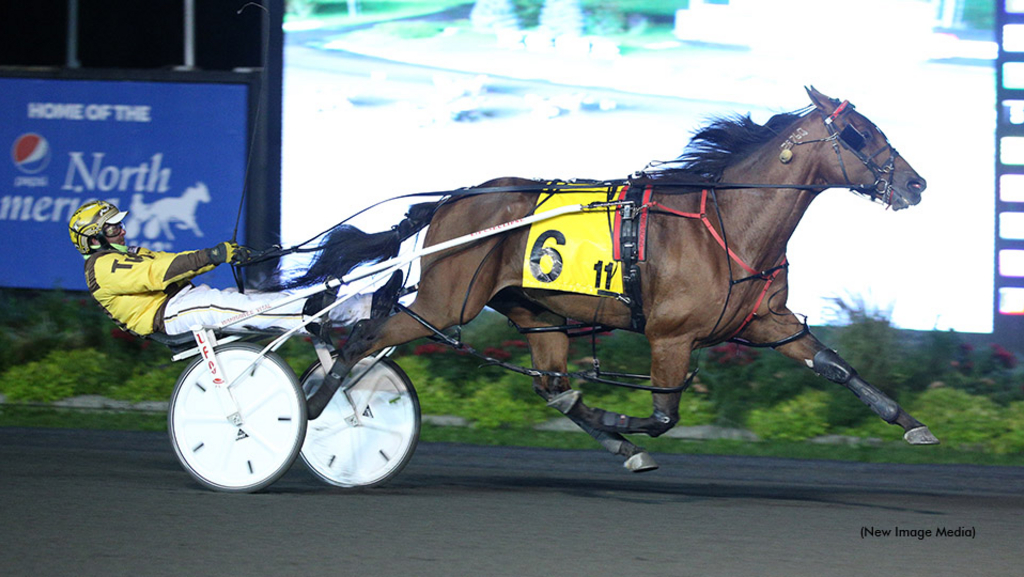 Making his five-year-old season's debut with Sylvain Filion in the bike, speedy Open pacer Warrawee Vital swept to command around a pair of George Ketros stablemates after opening half fractions of :29.3 and 1:01.1 and began to draw away through three-quarters in 1:30. Up by three at that pole, he sprinted away by 5-1/4 lengths, closing out the 1:57 mile with a :27 final quarter. Mercenary and Easton Beach finished second and third, with Shadow Me Themoney completing the short field.

Warrawee Vital put together a 7-3-3 record from 19 starts last season while earning more than $200,000 for owners Blair Corbeil, Yolanda Fellows and M&S Racing Stable. The Captaintreacherous son out of the 2021 Canadian Horse Racing Hall of Fame inductee Great Memories took his mark of 1:47.1 at The Red Mile as a sophomore and continued to show impressive speed in his first aged campaign, pacing 1:47.3 at Woodbine Mohawk Park in one of his five Preferred/Open wins.

Also trained by Fellows, Ontario Sires Stakes graduate Logan Park continued preparations for his four-year-old campaign by trotting to his second straight qualifying win in 1:55.4 to close out the session. Driver James MacDonald pulled him from a loose pocket after panels of :28, :58.1 and 1:28.1 and went by pacesetter Luca Hanover in the stretch to score by 2-1/2 lengths with a :27.1 final frame. Look At Dat Kat finished well back in third.

The Archangel-Rite Outa The Park gelding, who set a Rideau Carleton track record in OSS action last year, went 5-3-2 from 15 sophomore starts while adding $366,072 to his career bankroll for Outofthepark Stable, Reg Higgs and Arpad Szabo.

The fastest mile of the morning was turned in by North America Cup eligible Chikaboom, winning his second qualifier in 1:53.1 on the lead by two lengths for driver J.B. Renaud and trainer Julie Walker. He crossed to command from post seven and reeled off fractions of :28.1, :57 and 1:26 before sealing the deal with a :27.1 closing quarter, beating maiden sophomores Y S Mathis Bro and Century Inspector. Owned and bred by Harold Duguay, the Betterthancheddar-Quest Hanover gelding counted a Grassroots victory among his five wins during an eight-race rookie season.

The Grand Circuit stakes-placed trotting gelding Delgado was a 1:57 qualifying winner in his sophomore debut for the father-son, trainer-driver team of Bob and Scott Young. The son of Trixton-Ruling Class carved out panels of :29.1, 1:00 and 1:29.2 en route to the 7-3/4-length score, kicking away from the pocket-pulling Royal Leaf in a :27.3 finale to match his lifetime mark.

The video stream replay of the qualifying session is available below.