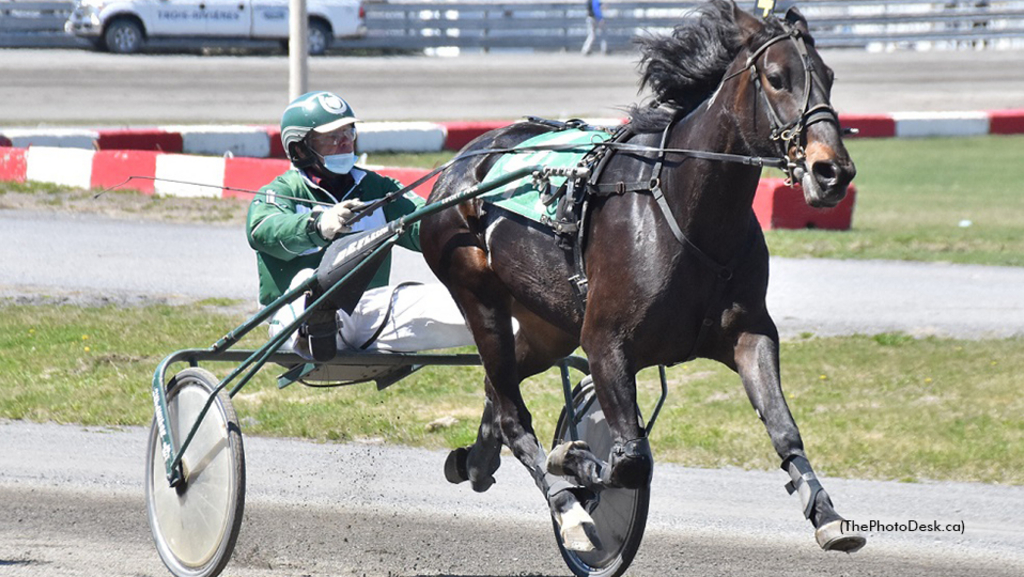 The mare beat the boys in Sunday's $4,500 Preferred 3 Trot as 10-1 longshot X O X O benefited from a miscue by Hall Win to capture the co-feature at Hippodrome 3R.

It was Hall Win (Kevin Maguire), the 2021 Quebec-bred champion, who went to the early lead followed by X O X O and driver Jerome Lombart. They sped by the opening quarter in :29.3 and was nearly around the first turn when Hall Win made an uncharacteristic break in stride and was taken off the course by Maguire.

Luckily for X O X O, she was not affected by the breaking horse and continued on the lead for Lombart to the half-mile in 1:00.4. She was followed in the pocket by Archimed Alpha and driver Pascal Berube.

As they raced down the backstretch, Berube pulled from the pocket trip with Archimed Alpha and came first-over after X O X O with P C Heisenberg (Marie-Claude Auger), the 6-5 race favourite, following second-over behind Archimed Alpha to the three-quarters in 1:30.4.

Coming down the stretch, it was all X O X O, who held her male rivals at bay, winning by nearly two lengths in 2:01. Archimed Alpha was second with P C Heisenberg third.

X O X O is a four-year-old mare by Angus Hall, trained by Andreane Lapierre. She was bred and is owned by Lombart of Bromont, Que. She paid $23.30 to win. It was her first win of the season in two starts.

It was Mickeymaksomespeed and driver Kiwon Waldron who left from post five and were all alone on the lead at the opening quarter-mile in :28. Radley Hanover (Steeve Genois) sat the pocket trip.

As they headed to the half-mile in :58, National Debt and driver Pascal Berube started up first-over with Siddhartha (Samuel Fillion) following second-over.

National Debt kept the pressure on down the backstretch, taking the lead away after the three-quarters in 1:26.4. Mickeymaksomespeed could not keep up with National Debt as he won by 1-1/4 lengths in 1:55.4. Siddhartha was third. 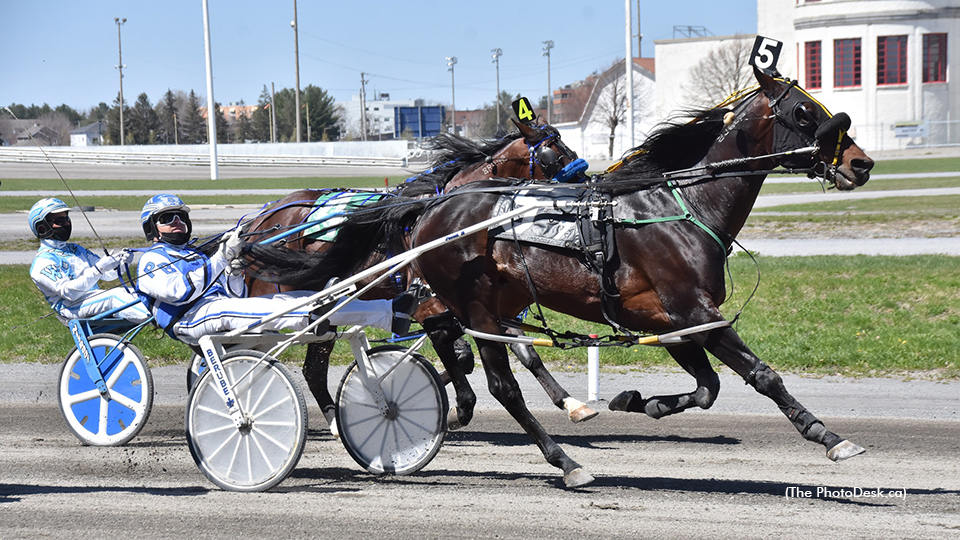 The win was the fourth this year from nine starts for National Debt, an 11-year-old stallion by Allamerican Native. He is trained by Yves Tessier for owner Francois Morin of Beauceville, Que. He paid just $2.10 to win.

Track Notes: Pascal Berube again led all drivers at H3R Sunday with another triple. Daniel Laflamme scored a driving double with both wins coming from the barn of Eric Milot, who led all trainers with his two wins. Live racing resumes at Hippodrome 3R next Sunday with first race post time at 12 noon.