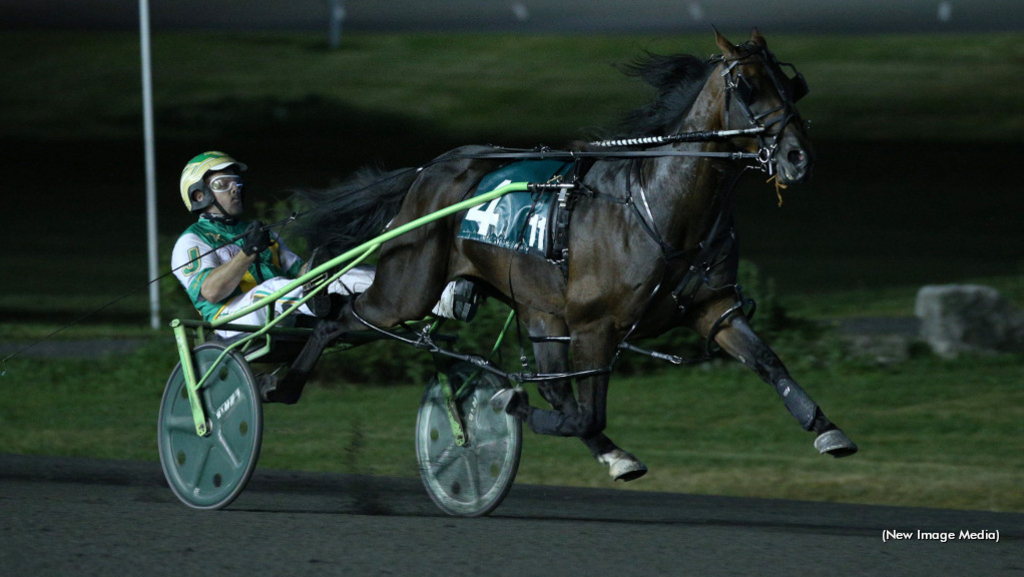 Bulldog Hanover once again laid the smack down on his qualifying rivals at Flamboro Downs on Saturday (May 7) and it appears to be all systems go for his first four-year-old start in eight days time.

After an eyebrow-raising 1:52 effort in his first outing of 2022 one week ago, Bulldog Hanover and driver Jody Jamieson toured the Hamilton-area half-miler in 1:53.3 in his second test. Trainer and co-owner Jack Darling noted that there was a bit more wind this week, but that the pacer "looked good" and was "strong finishing" his mile, 14 lengths the best with a final panel of :28.

Owned by Darling along with Brad Grant of Milton, Ont., Bulldog Hanover (Shadow Play - BJs Squall) sports a 14-3-1 summary from 21 starts with $931,061 in earnings. He'll look to add to those totals in the eliminations for the Charles Juravinski Memorial Cup (f/k/a the Confederation Cup) on May 15 with the final slated for May 22.