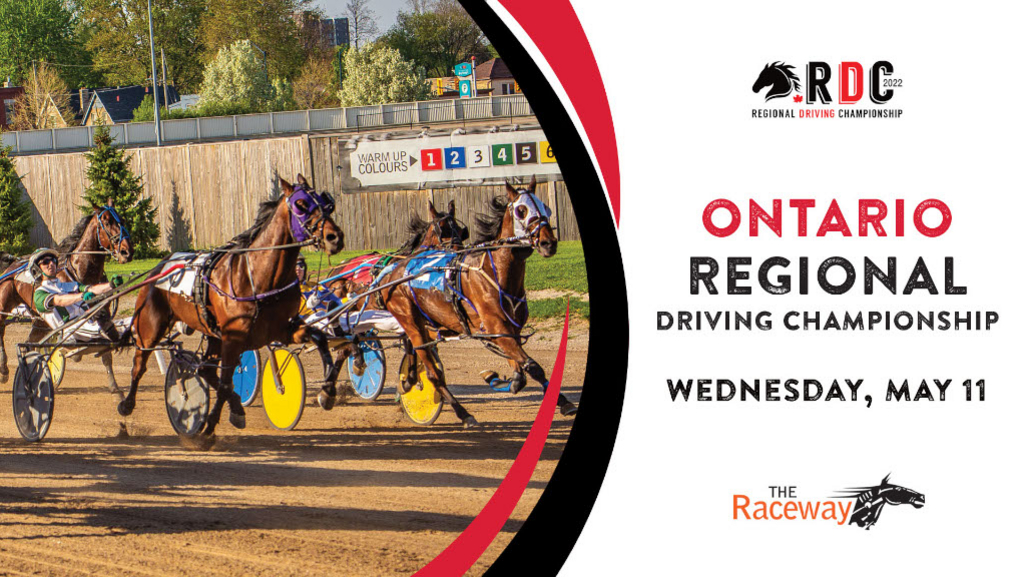 The draw for the 2022 Ontario Regional Driving Championship, set for this coming Wednesday, May 11 at The Raceway at the Western Fair District in London, Ont., is now complete.

First race post time for Wednesday's card of harness racing is 5:50 p.m. The following drivers will be participating in the Ontario Regional Driving Championship:

“The Raceway at Western Fair District is thrilled to have the opportunity to host the top drivers in the province for the 2022 Ontario Regional Driving Championship,” said Rob Lumsden, the track’s Director of Racing. “We look forward to a great evening of competitive racing that will showcase the best the province has to offer to the delight of racing fans everywhere.”

The nine drivers will participate in nine competition races. Each race will have a field of eight and each driver will compete in eight races, drive from every post position, and sit out for one race.

Drivers will receive points based on their finishing position and the top two drivers from the nine-race competition will join six other drivers at the 2022 National Driving Championship (NDC) at Century Mile Racetrack in Edmonton, Alberta.

The winner of the 2022 NDC will have the opportunity to represent Canada in the 2023 World Driving Championship in Italy.