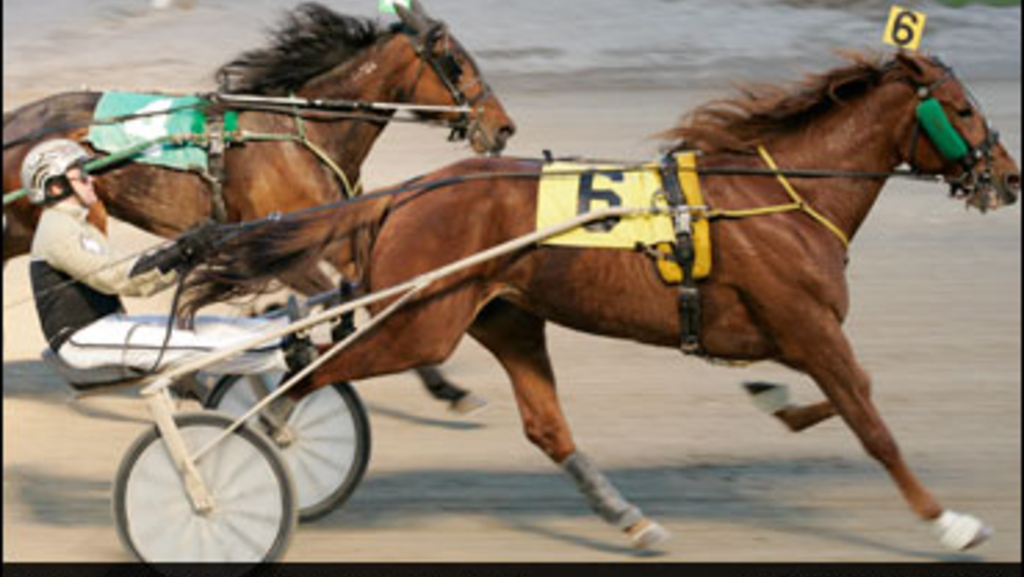 Parked from post six, 2-1 favourite Little Red Chev and driver Scott Coulter picked up cover during the second panel as Prakasmakesperfect (Alfie Carroll) pulled out from mid-pack. As Prakasmakesperfect began to fade down the backstretch, Little Red Chev went three-wide and then tracked down the pacesetter for the 1:57.4 victory, coming within one-fifth of a second of her lifetime mark. It was a 1-2 finish for the mares, with Stormont Kate (Bruce Richardson) three-quarters of a length back after leading through panels of :29, :59.3 and 1:28. Thor Seelster (Scott Young) finished nearly six lengths behind in third.

Dennis Morrissey trains and co-owns Little Red Chev with Ken Avery of London, Ont. and Dr. David James Peden of Ingersoll, Ont. The Duke Of York mare now has two consecutive wins at the London oval from six starts this year. The win was her 14th overall and pushed her earnings over $80,000.

Six-year-old pacer Sandburg Hanover ($4.60) won his season's debut in 1:55.3 for his new owner/trainer Miroslaw Czupa while extending a win streak dating back to last August. The win was the seventh in a row for the son of American Ideal, who has kept his streak going amongst the $5,000 claiming classes at Hiawatha Horse Park, Hanover Raceway, Kawartha Downs and now Western Fair. Lorne House has driven the former Kevin McMaster trainee for the majority of his winning crusade.