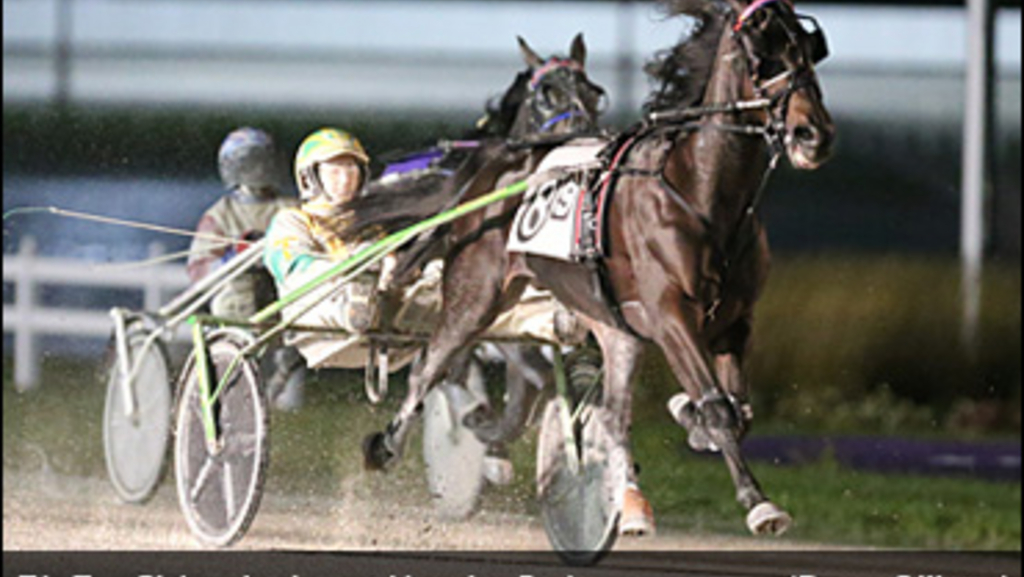 TJs Top Pick, Indiana's top two-year-old male trotter of 2019, is back on track for the upcoming racing season at Harrah’s Hoosier Park. Once harness racing resumes and the Indiana Sires Stakes schedule has a definite plan, TJs Top Pick will be ready to go.

Trained by Jeff Cullipher, TJs Top Pick (Swan For All - J As Ayd) has been challenging for Cullipher. In a story in the October issue of the Indiana Standardbred Magazine, Cullipher noted this about the Swan for All, who is now a gelding:

“He was really tough at first and just was always looking to get excited over things so we decided to geld him,” Cullipher noted. “Again, he was never mean but he was just a big boy who wanted to do things his own way. He never really started concentrating on his job until I began training him two trips, and then I think he got focused because he was getting a little wore out; I mean some of that tremendous energy he had finally began to ease a little when we started going tougher, faster miles.”

Cullipher has seen a little of the same heading into the sophomore season for TJs Top Pick. Currently stabled at Harrah’s Hoosier Park, he is training down now and should be right on schedule when racing resumes.

“He’s training good now,” said Cullipher. “He has had a long winter, and he didn’t start out so good, sort of like he did as a two-year-old. But we are getting multiple trips in him now and he should be ready by Sires Stakes time when they are ready to go.”

TJ’s Top Pick completed his two-year-old campaign last year with eight wins in 10 starts. He earned in excess of $300,000 for his owners, Cullipher, Pollack Racing and Trace Tetrick, and recorded his best time of 1:53.3 at Harrah’s Hoosier Park in late August. That mile was a new track record for two-year-old trotting colts. His biggest win of the season was in the $270,000 Indiana Sires Stakes Super Final in October.