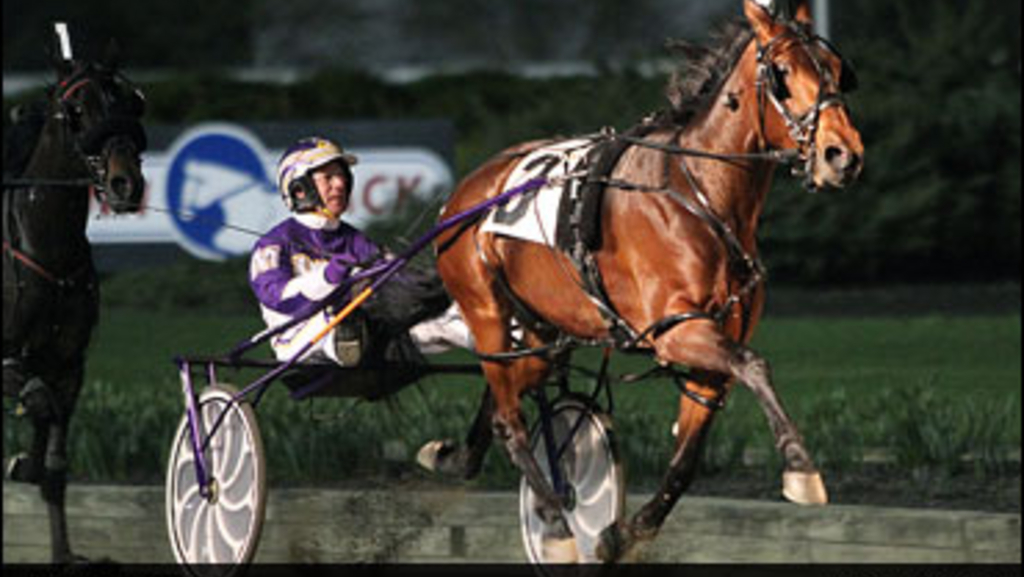 The 2013 Championship Meet at the Meadowlands Racetrack got underway on clear yet crisp May evening in New Jersey.

While the summer meet primarily features stakes racing, the first race of note was the A-2/Free-For-All Trot. It was a solid group of older horses and resulted in the fastest trotting mile of the young season with Wishing Stone getting the call over Sevruga in 1:51.2.

Arch Madness was making his third start back and the classy veteran was put into play from the start by Trond Smedshammer through demanding fractions of :27.1, :55.1 and 1:23.1 before grudgingly giving way to the eventual winner.

Stakes had a presence as well, with the John F. Simpson Memorial for three-year-old pacing fillies and preps for the trotters on the card.

In the $38,415 Simpson filly pace, raced as a non-wagering event between races six and seven, Shebestingin benefitted from a short field and was allowed to rate very kind fractions before out-sprinting her rivals home in 1:51.2.

The likely favourite for last year's Sweetheart stakes before a last minute scratch, Shebestingin has returned in fine form for Joe Holloway and held safe over 2012's Dan Patch Award winning filly Somwherovrarainbow. The latter used the race as a purposeful tune up for future engagements, flying through a sub :54 final half in defeat.

The sophomore trotting colts raced in a $20,000 prep with My Man Can a winner for Andy and Julie Miller in 1:54.2 over Explosive Action. A winner of a Wellwood elimination and stakes placed on several occasions last season resulting in earnings of over $175,000, the Cantab Hall colt is owned in partnership by Andy Miller Stable, Mark Moger and Albert Delia.

The fans were certainly happy to see The Meadowlands back in action, sending $3,078,201 through the betting windows for the 13 race program. That marked an increase of $776,323 or 34 per cent from the 12-race program raced on Derby-eve one year ago. The Saturday program gets underway at 7:15 p.m., featuring the $100,000 Meadowlands Maturity Trot with a star-studded cast, including Guccio and Googoo Gaagaa. Gates open at 9:30 a.m. for all the Kentucky Derby excitement.