The Diplomat And Princess Continue 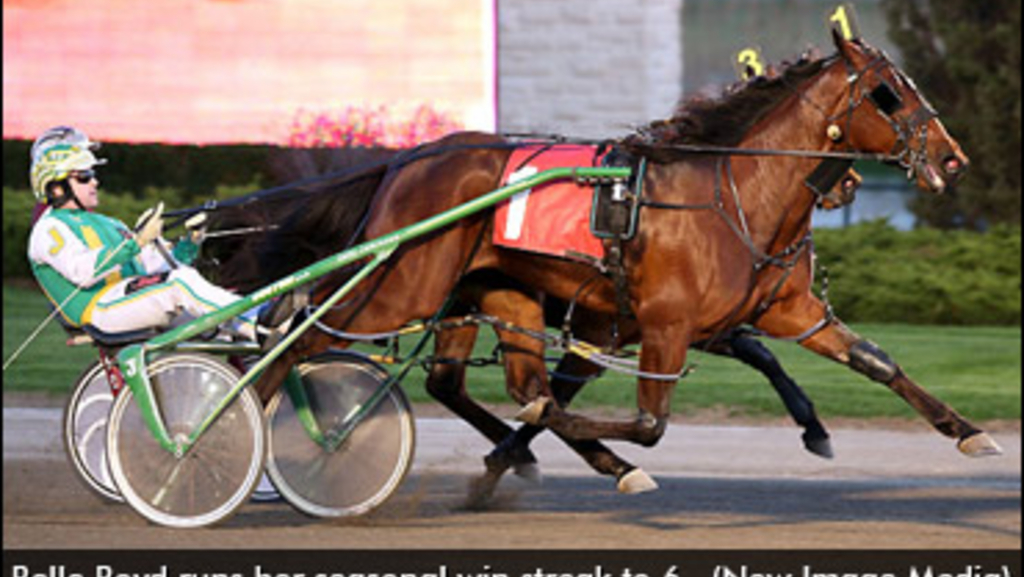 Sophomores found themselves in the spotlight Thursday evening at Woodbine Racetrack, as colts and geldings sparred in round two of The Diplomat Series while the fillies went head-to-head in the second leg of the Princess Series.

Belle Boyd rallied from a very tough spot to win the lone division of the Princess Series for Team Jamieson, and she picked up a new lifetime mark in the process.

The daughter of Art Major-Yankee Luck sat fifth through first-half fractions of :27.2 and :58.1 before catching cover and going into attack mode. She was third and parked at the three-quarter pole in 1:25.3, but she was still six lengths away from race leader Super Soph.

Super Soph was no match for Belle Boyd in the lane, however, as that fleet-footed foe kicked home in :26.1 to win by a half-length margin over Super Soph in 1:53. Notalkingback was third best.

Sent off as the 1-9 favourite in the $20,000 tilt, Belle Boyd improved this year's record to six wins in as many tries for co-owner/trainer Carl Jamieson and partners Joanne

Morrison and Tom Kyron. Jody Jamieson mapped out the winning trip for the seven-time winner, who upped her lifetime earnings to $110,475 with the victory.

Rockin Wizard went to the front and didn't look back for driver Randy Waples in the lone, $20,000 division of The Diplomat Series. The three-year-old son of Rocknroll Hanover-Please Me Please sprinted to the position of command from Post 4 and proceeded to whack out fractions of :27.3, :56.3 and 1:24.1 before scooting home in :27.4 en route to the neck decision over longshot Orillia Joe in 1:52. Scott Rocks fired home in :25.4 to finish third.

Bob McIntosh trains the gelding for owner/breeder Lothlorien of Cheltenham, ON. It was the fifth win of the season in just six tries for Rockin Wizard, who was unraced as a rookie. The $10,000 payday lifted his lifetime earnings to $48,500.

Both finals will be contested Saturday, May 11 at Woodbine, with the fillies chasing a purse of $55,600 in the Princess Series while the colts and geldings will square off for a pirse of $55,800 in the final of The Diplomat Series.