National Debt A Horse For A Course 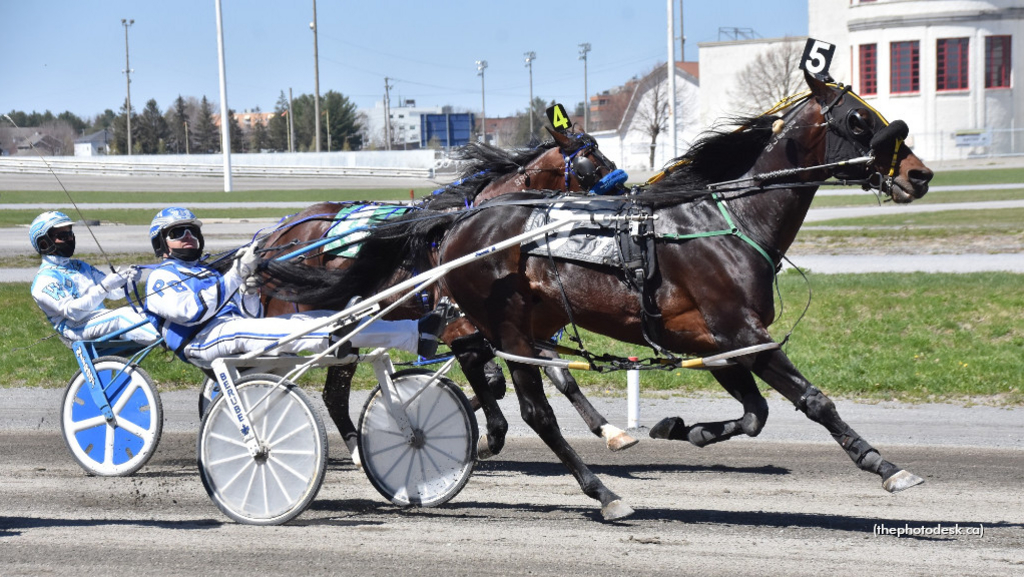 National Debt has banked $712,838 in his career, competing in both Canada and the United States with a lot of success. But one track in particular — Hippodrome 3R — seems to be his favourite.

And on Sunday (May 29) he is the favourite in the Preferred-Handicap Pace.

Because National Debt has always done well at 3R, including winning in this class two starts back in 1:55.4, the race office let him have the outside post eight in the eighth race feature.

Now age 11, the gelded son of Allamerican Native comes into the race having made just 11 starts at 3R over the past 10 years. What makes 3R one of his his favourite tracks is that in those 11 starts he won seven times, was second two times and third once. The other start was a fourth place finish. Pretty amazing stats.

National Debt comes into 3R having started last week at Rideau Carleton where he was a game third place finisher, missing the win by three-quarters of a length in a swift 1:51.2.

On Sunday he will have regular reinsman Pascal Berube in the sulky. National Debt is trained by Yves Tessier for owner Francois Morin of Beauceville. He is listed as the 5-2 morning line favorite.

But this week it may not be too easy for National Debt as he faces formidable foes in Mickeymaksomespeed (Post 7), who last week took the lead after the first quarter and wired the field for driver Kiwon Waldron in 1:55 for their first win this year after two second place finishes. Mickeymaksomespeed was bred and is owned and trained by Michel Allard.

Another contender is Menlo Park (Post 6) who enters the race off a wire-to-wire 1:55.3 score and will again be driven by Stephane Brosseau for owner-trainer Jean-Francois Reid.

The seventh race Preferred-Handicap Trot features the return of Quebec-bred champion Stella Alpha (Post 6), who is the lone filly against older horses and mares. She is on a two-race win streak, scoring both times at 3R in 2:00.

Stella Alpha takes on XOXO (Post 7), who was sold after her last start and will be driven for the first time by Kiwon Waldron. Also in the field is return winner Libero Hanover (Post 8), who is moving up in class off a 2:00 triumph last week.

Another Alpha horse, Platine Alpha (Post 8), heads the fifth race Mares Preferred Pace. She is coming in off a tough nose triumph last week in 1:58. She takes on second tier starter Le Petite Grise (Post 9) who has won her last two starts, the fastest a 1:57 win.