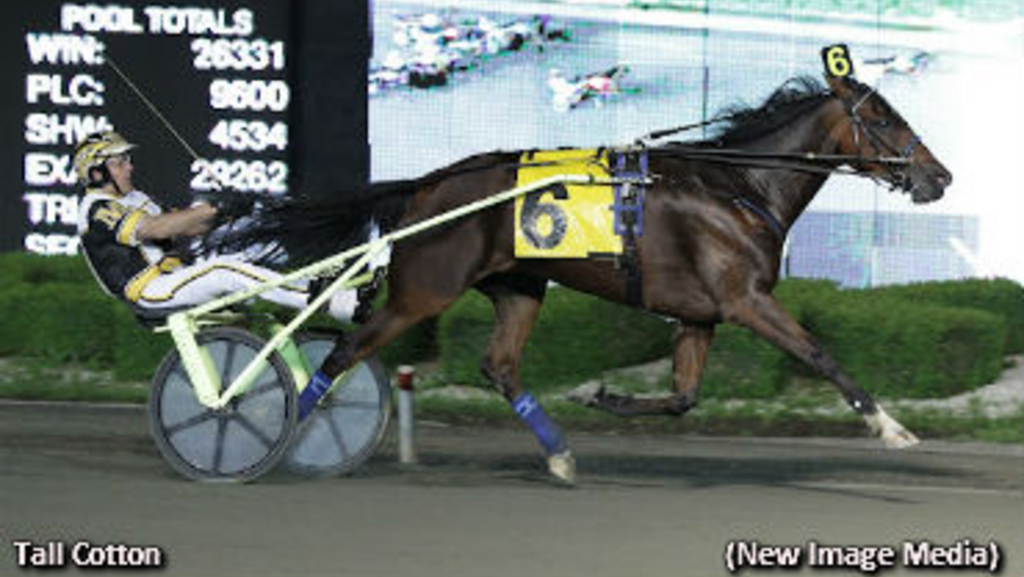 The nation’s second fastest trotting mile of the season was turned at Mohawk Racetrack on Monday, and it was Tall Cotton who manufactured the massive mile in the $38,000 Preferred Trot

The six-year-old son of Revenue S-B Cor Peatra played a serious game of “catch me if you can” for Jack Moiseyev, who engineered the 7-1 upset with the gelding.

Tall Cotton motored to the lead from Post 6 and successfully sliced out splits of :27.3, :55 and 1:24 before storming home in :27.4 to stop the teletimer in 1:51.4 – one fifth of a second slower than Mister Herbie’s national season’s record of 1:51.3 from earlier this year in the final of the Glorys Comet Series.

Slip Into Glide was a well-beaten second in the featured affair, with Imminent Response rounding out the top three finishers.

Tom Durand, who had a training double on the program, conditions the homebred for his wife, June Durand, along with Lynn and Catherine Baker of Ohio. It was the first win of the season in four attempts for the 12-time winner who has stashed away close to $275,000 in lifetime earnings.