Matt Athearn Rises To The Top At Cumberland 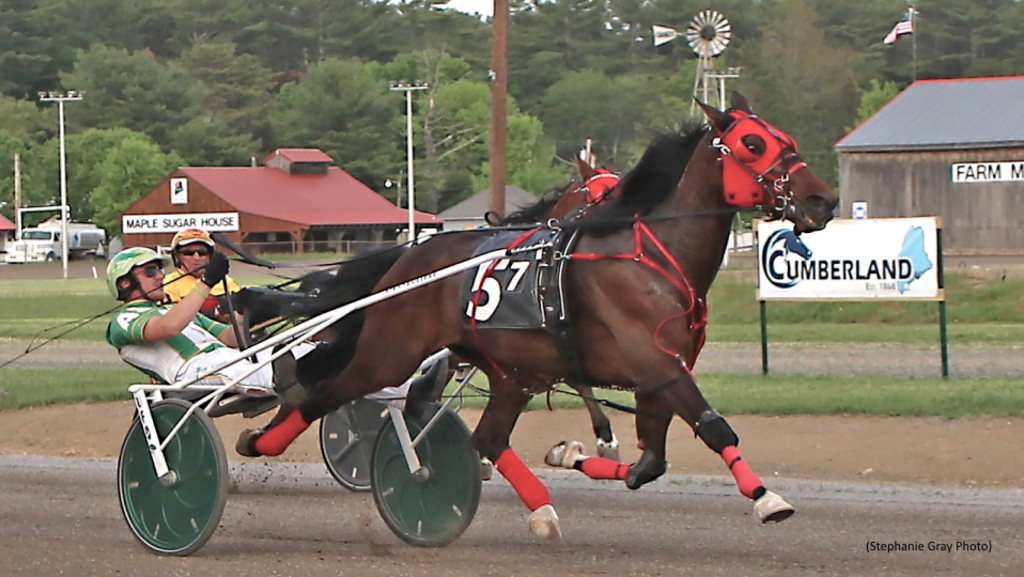 Scoring from the outside post five, Athearn left alertly with the 11-year-old son of Federal Flex, only to be thwarted by a determined Majestic Braden and Sherry Cushing who refused to relinquish the front end.

As the two trotters and duelling teamsters slugged it out past the eighth pole, Athearn ducked into a wide-open two hole with an opening panel in :29.2. Barely a breather was realized when Athearn tipped back out at the three-eighths marker and moved up alongside the leader into a 1:00.3 half mile.

After getting an ample supply of that good Maine air into a 1:30 three-quarter stanza, and while maintaining a stranglehold on the headstrong Warrawee Preferred, Athearn poked a nose in front heading into the final turn. Although the pacesetter had called it a day, Athearn was then forced to contend with the late charges of Little Macabee (Aaron Hall) and Kyrie Deo (Mark Athearn), who finished second and third respectively.

Owned and trained by Ryan Berry, Warrawee Preferred stopped the timer in 2:00 and paid $8.20 to win by 1-1/2 lengths. It was the 60th victory of the horse’s career, and ninth seasonal romp.

With the win, Matt Athearn moved into first place in the drivers’ standings with 18 seasonal Cumberland victories. Dan Deslandes and Drew Campbell are tied for second with 17.

Walter Case, Jr. and Andy Harrington both enjoyed driving doubles on the 10-race program.
Racing resumes Saturday (May 28) at 4 p.m., with the extended pari-mutuel meeting active each weekend through July 23.