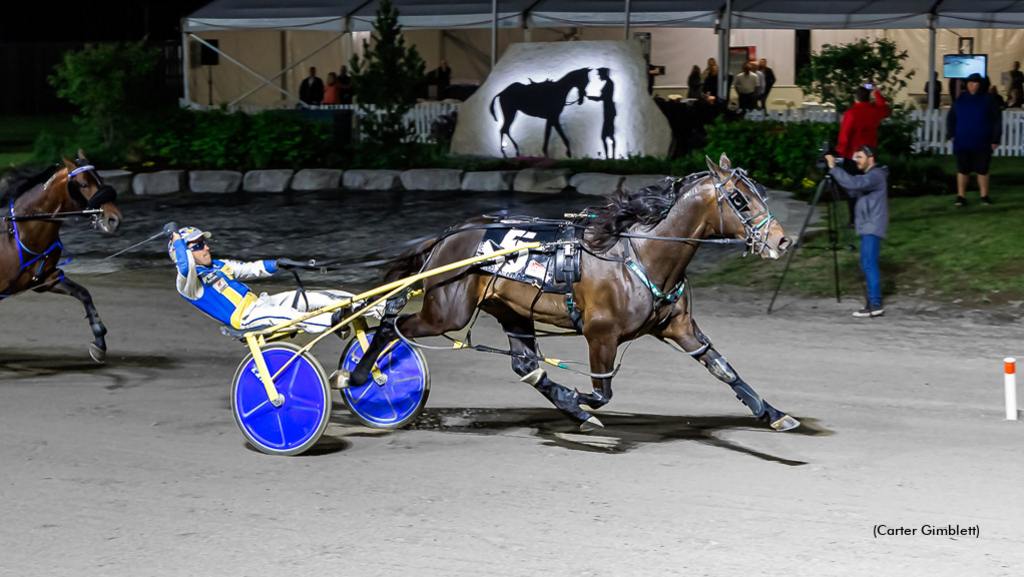 Add a hard-earned triumph in the $150,000 Camluck Classic to the resume of the hard-hitting Jimmy Freight, who survived a first-over trip en route to manufacturing a record-setting performance in Friday evening’s rich affair at The Raceway at Western Fair District.

Jimmy Freight, who was riding a five-race winning streak versus Preferred and Free For All pacers in recent weeks at Woodbine Mohawk Park, took to the half-mile oval in his quest to keep the ball rolling and he did just that for the tandem of driver Louis-Philippe Roy and trainer Richard Moreau.

The seven-year-old son of Sportswriter-Allamerican Summer tucked into an early five-hole after leaving from post five, but he didn’t get to sit for long.  Tattoo Artist battled with Poseidon Seelster for the early lead, with the former finding his to the top just before the opening quarter flashed up in :26.1.  He managed to back down the pace in the second quarter going along at a clip of :29 which had the field at the mid-way point in :55.1.  Jimmy Freight, however, was on the move and going into attack mode.

Tattoo Artist and Jimmy Freight went at into the turn before continue to butt heads all the way across the backstretch.  Tattoo Artist was still clinging to the lead at the three-quarter pole in 1:23.1, but if Jimmy Freight had a white towel he certainly wasn’t about to throw it in.  He kicked home in :27 and drew clear to win by a pair of lengths over the odds-on favourite, Tattoo Artist, in 1:50.2.  Poseidon Seelster was a well-beaten third following his pocket trip.

The 1:50.2 clocking for Jimmy Freight makes him the fastest aged pacing horse in the history of London’s half-mile oval.  He shaved one fifth of a second off the former track standard set by a former Moreau trainee – Evening Of Pleasure – back in 2016. 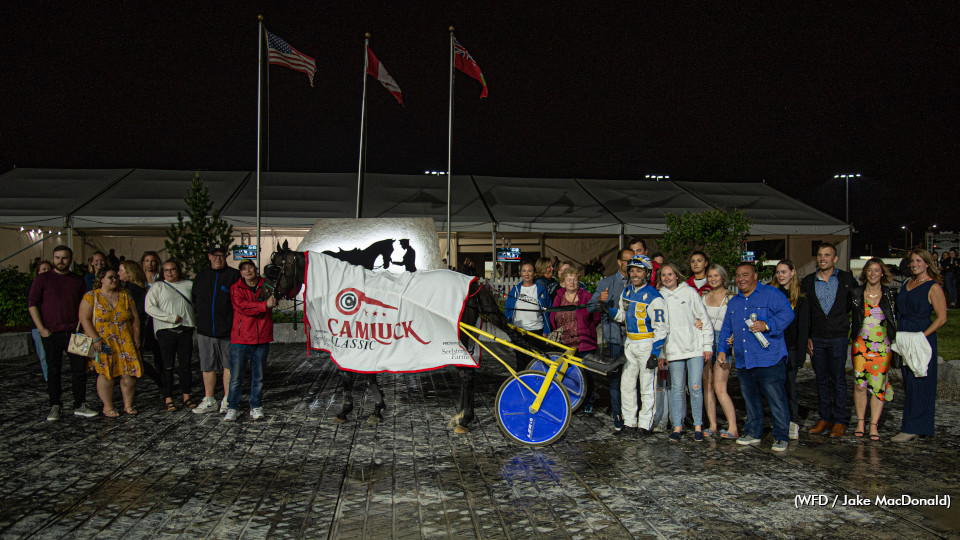 Owned by Adriano Sorella of Guelph, Ont., Jimmy Freight improved his 2022 record to 10-0-3 from 16 starts while boosting his lifetime record to 31-13-12 from 70 appearances on the track.  He’s now banked in excess of $1.7 million in career earnings.

One race earlier it was Gias Surreal who went down the road to capture the $50,000 Forest City Pace for the team of driver Bob McClure and trainer Don Lindsey. 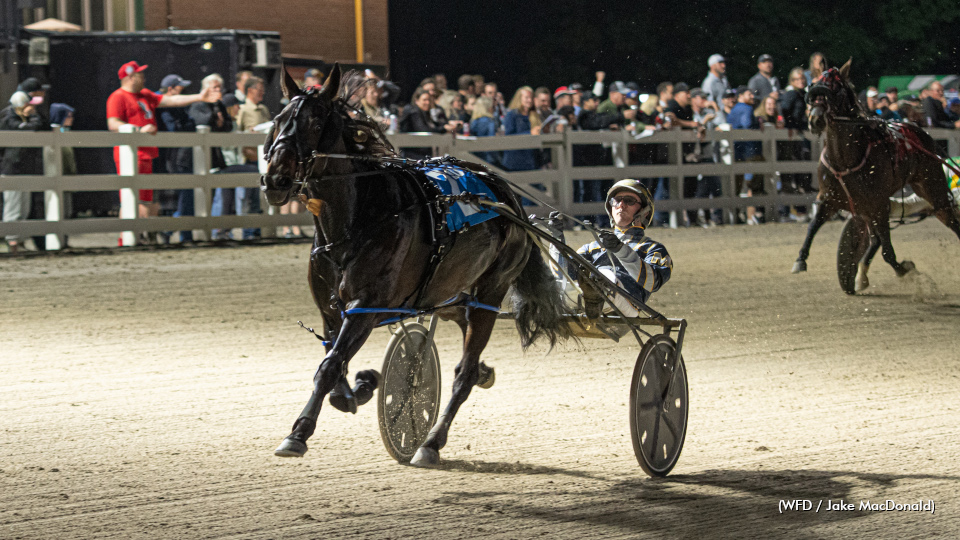 Sent off as the 4-5 choice, the six-year-old daughter of So Surreal-Nancy Irene marched to the lead from Post 2 and carved out fractions of :27.3, :56.4 and 1:24.3 before using a :28.1 closing frame to win by 5-3/4 lengths over Karma Seelster in 1:52.4.  Dabarndawgswatchin recovered from an early miscue to rally and finish third.

The 1:52.4 clocking matched the track record for aged pacing mares.  It was originally set by Camille in 2012.

It was the second straight score for Gias Surreal, who is owned by James Graham, Edward Peron and Lee Winters.  She now owns a 4-2-1 record from seven trips to the track this season.  The 30-time winner bumped her overall bankroll to $670,742 with the victory.

And while on the topic of records, the handle of $794,903 was the biggest ever on Camluck Classic night and the second highest handle ever at the oval.