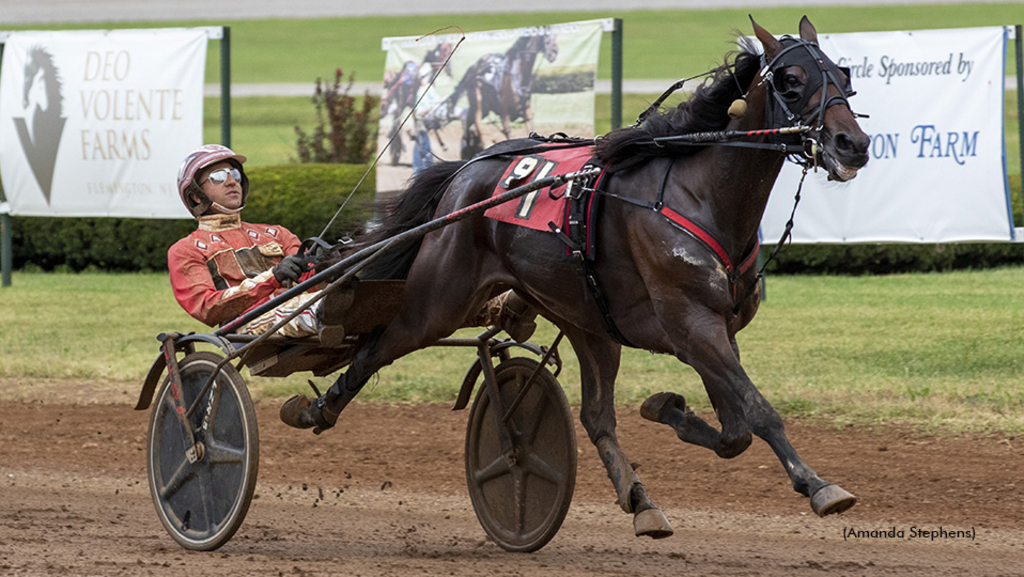 The five-year-old millionaire trotter Amigo Volo has been a “slow starter” as far as season-long form during his career. At two, he went two-for-six before going four-for-six to end his year; at three, he was two-for-seven early but seven-of-eight late in winning divisional honours; and at four, he was zero-for-seven before coming around to a five-for-10 finish to his campaign.

The altered son of Father Patrick has come out sharp for his 2022 campaign, winning at first asking during a Tuesday morning qualifier at Harrah’s Philadelphia in 1:53.4. The two-time Breeders Crown champion sat second through early fractions of :28.3 and :57.1, moved to challenge for command nearing the 1:25.4 three-quarters, then came home in a strong :28 – it’s seldom you see a horse behind at the three-quarters winning by 21-3/4 lengths, but that was the result for Amigo Volo against overmatched opposition.

The career winner of $1,785,651, driven by Dexter Dunn for trainer Nifty Norman for the ownership of Pinske Stables and David J. Miller, looks like he’ll be back in the free-for-all battles soon.

The next top trot on the calendar, though, is this Sunday, which might be a bit quick for Amigo Volo to reemerge off one qualifier. But just about every other top-level older horse should be at Harrah’s Philadelphia this Sunday, May 29, for the track’s annual pre-Memorial Day “Super Sunday” of racing, featuring three $100,000 Invitations: the Maxie Lee Trot, the Commodore Barry Pace and the Betsy Ross Pace for distaffs. The draw for those races will be held in late morning on Wednesday.

(With files from PHHA/Harrah's Philadelphia)