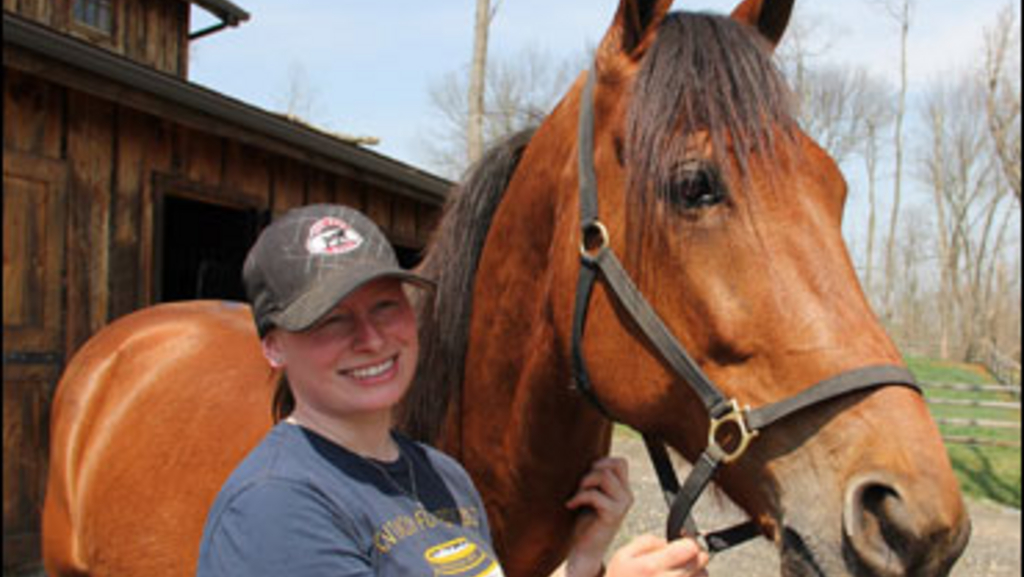 For eight years, Arch Madness has provided breeder/co-owner Marc Goldberg with “an unbelievable ride.” Goldberg and the horse’s other connections are hoping for one more great trip this weekend.

Arch Madness will compete on Sunday in the prestigious Elitlopp, an invitational that brings 16 of the world’s best trotters to Solvalla Racetrack in Sweden. It is Arch Madness’ third appearance in the elite race; he finished second last year to Commander Crowe and was sixth in 2011 because of muscle cramping.

Trained and driven by Trond Smedshammer, Arch Madness drew post No. 1 in the second of two eight-horse eliminations on Sunday. The top four finishers from each elim return later in the day for the final.

Sebastian K is the favourite to capture the Elitlopp, according to overseas bookmakers. He starts from post three in the same elim as Arch Madness. Last year’s winner, Commander Crowe, also is in Arch Madness’ split, starting from post two.

A nine-year-old gelding, Arch Madness has earned nearly $4 million in lifetime purses and won stakes such as the Breeders Crown, Maple Leaf Trot and Oslo Grand Prix. So what would a victory in the Elitlopp mean?

“'Fuhgeddaboudit'; I couldn’t put it into words,” said Goldberg, who lives on Long Island, not far from Brooklyn. “It would cement his career. A win would put him over the $4 million mark in earnings. It would just bring everything full circle. It would be amazing to see him get a win like that at this point in his career.

“It would be a dream come true if he could pull it off. Who knows, but it’s up to him, not me. It’s up to him and Trond. I just stand by and get excited. The last eight years have been an unbelievable ride with this horse.”

Arch Madness travelled to Europe earlier this month and was expected to race in the Oslo Grand Prix, but was scratched after tying up prior to the race. He was winless in three starts this season, but his most recent effort was a third-place finish in a Free-For-All handicap on May 3 at the Meadowlands, where he was timed in 1:51.3.

“You never know what to expect, but if he’s his old self I expect to be right there,” said Goldberg, who owns Arch Madness with Willow Pond LLC. “If 'Arch' is feeling good and up to the task, he always gives you his best. He hasn’t raced in a little over three weeks, but he was shaving his time down.

“The competition here [in the U.S.] was really tough. There is very little separation. You’ve got to be ready to go right out of the box and 'Arch' always needs a little time to get rolling.”

Arch Madness has won 31 of 92 career starts and earned $3.76 million. He is the the richest Canadian-sired trotter in harness racing history and 10th richest trotter of all-time; the next horse ahead of him is Mack Lobell, who won the Elitlopp twice, in 1990 and 1988. The most recent U.S. winner of the race was Moni Maker, who is No. 2 in career earnings, in 1998.

In fact, six of the nine horses ahead of Arch Madness on the money list won the Elitlopp at least once, with Varenne, Victory Tilly, Peace Corps and Commander Crowe joining Moni Maker and Mack Lobell.

Goldberg will be in attendance when Arch Madness looks to add his name to that list of winners. His travelling companion is his daughter Rebecca, who will celebrate her 24th birthday the day of the race.

“We’re going to enjoy ourselves no matter what happens,” Goldberg said. “It’s always a nice time. They’re out of their minds over there. Two years ago when Arch Madness won his elimination, the people scream at you like you’re some kind of rock star. They’re fanatical.

“Everybody should experience it. It’s wild.”

It will be even wilder with a win.