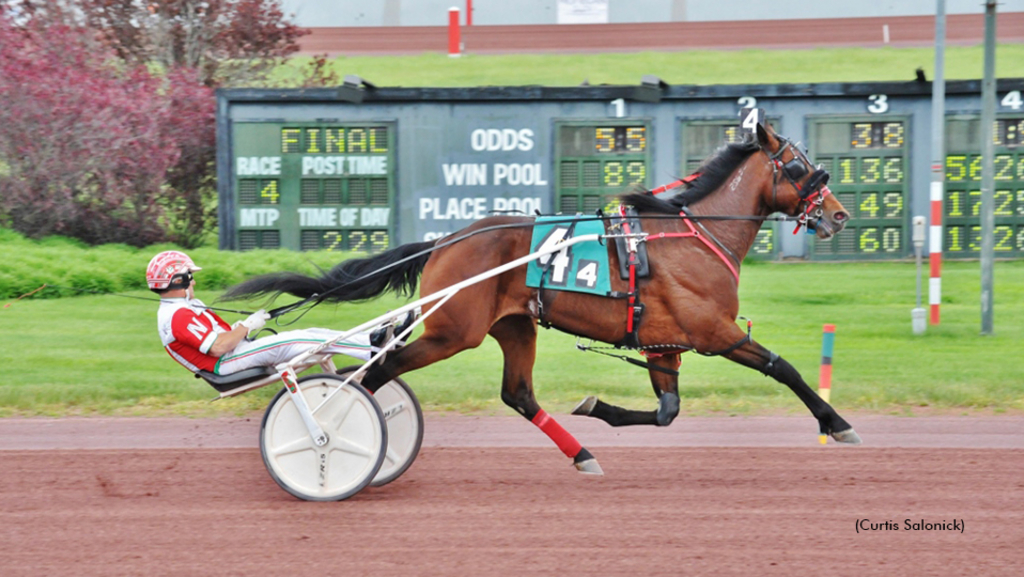 The four-year-old Muscle Hill gelding Spy Booth started his four-year-old campaign with only one lifetime victory, but on Tuesday at The Downs at Mohegan Sun Pocono, he ran his 2022 record to three-for-three with a 1:56 victory in the $15,000 featured trot.

Spy Booth went to the lead right at the start and was in firm control throughout for driver George Napolitano Jr., trainer Lorenzo De Simone and owner Joseph Riad. Blessingsandfavor and Kaseville rounded out the top three finish order.

Spy Booth achieved a bit of notoriety when he broke his maiden in the $325,000 Zweig Memorial at Vernon last year – add 50 per cent of that purse to the $225,000 he earned finishing second in the Hambletonian final, and the pair of races account for $387,500 of his $455,882 career bankroll. Away from the stakes toughies, he’s doing quite nicely and may handle future class step-ups.

Mark MacDonald won the last race of the afternoon to emerge as the day’s leading driver with three sulky successes.

Racing returns to the Downs on Saturday at 1:30 p.m. Sunday’s 5 p.m. card is topped by three $30,000 divisions of Pennsylvania All-Stars action for three-year-old trotting males. Program pages will be available on the PHHA website.

(With files from PHHA/Pocono Downs)