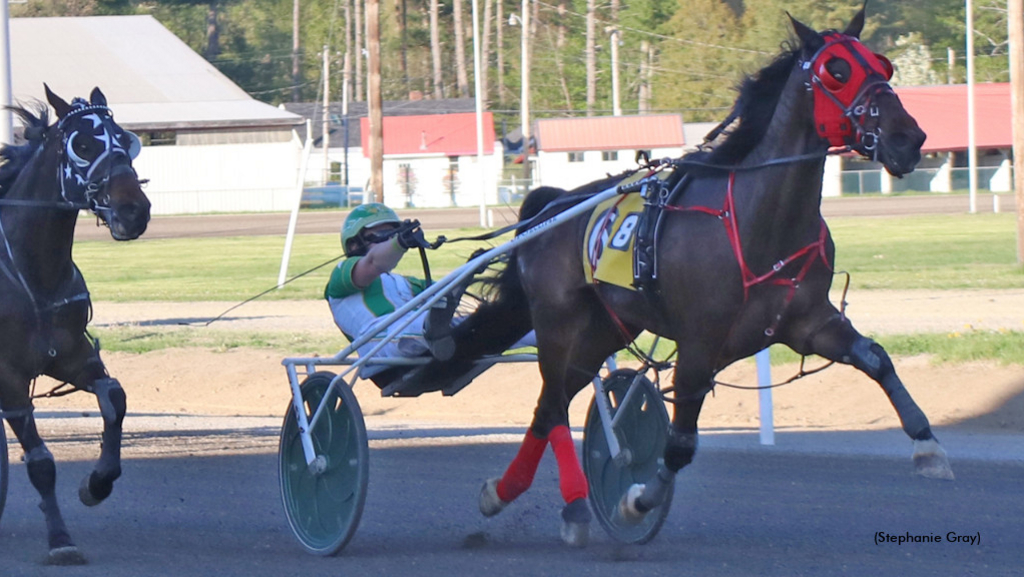 Eternal Faith (Drew Campell) was the first to leave and grab control of the tempo.  Assigned the outside post six, Athearn hustled the 11-year-son of Federal Flex into the cat bird seat and popped out at the head of the stretch to grab the 59th victory of his career.  Little Macabee (Aaron Hall) came first over at the half and made forward progress to be second.  Thruway (Kevin Switzer Jr.) was third.

Owned and trained by Ryan Berry, Warrawee Preferred rewarded his faithful with an $11.00 win ticket.

The $4,800 Open IV Trot was captured by And Up We Go, utilizing a similar two-hole trip for driver Walter Case Jr. Owned by Bill Fisher and Ralph D’Amelio II and trained by D’Amelio II, the six-year-old And Away We Go mare paid $13.00 to win.

The top pace of the day went to Watchagonnadoboo, grabbing her second victory in a row for driver Aaron Hall and owner/trainer Eric Bickmore.

Taking the wire-to-wire route, and stopping the timer in 1:57.1, the five-year-old Artspeak mare paid $4.20 to win by three lengths.

Matt Athearn looks to make a scene in Saturday’s feature, shooting for three-in-a-row with Obscene Blue Chip in the $5,200 eighth race conditioned pace.  Drawn outside due to his recent success, the eight-year-old son of Western Ideal just eclipsed $200,000 in lifetime earnings in his last start.

The favourite is Miss U Big Mike (Post 1, Bruce Ranger), installed at 5-2, with local favourite Airspinder (Post 4, Drew Campbell) close behind at 3-1.

There are 10 pacing races on Saturday’s (May 14) card.  Post time for the Spring/Summer meet is now 4:00 p.m. on both Fridays and Saturdays, with the extended pari-mutuel meeting racing each weekend through July 23.