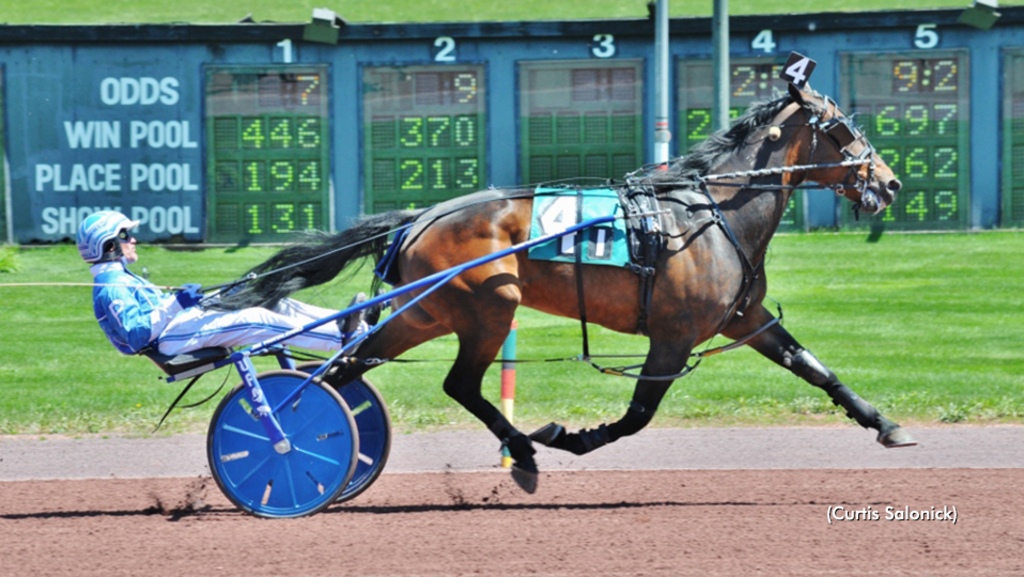 The Kadabra gelding Buzz, a gem of recent consistency with four wins and three seconds in his last seven starts, won an easy winner in the $12,500 fast-class featured trot at The Downs at Mohegan Sun Pocono on Tuesday afternoon (May 10).

The winner of his division of the Game Of Claims Series earlier this spring, Buzz was entered for the optional $20,000 claiming tag, and he won in probably the only way he knows – on the front. Fractions of :27.3, :56.3 and 1:25.2 under Jim Pantaleano’s handling were more than too much for his opposition to handle, and he finished his 1:54.2 mile 3-3/4 lengths to the good of Dylan The Great. Since being reclaimed on April 19 by trainer Joe Skowyra and owner Rocco Stebbins, Buzz has won two straight while taking his lifetime earnings to $432,674.

Playing a different type of trotting game, but perhaps even more ruthlessly, the Readly Express sophomore filly Hill Of Cash S made her 2022 debut a smashing one with a 12-length victory in 1:53.4, lowering her mark almost three seconds. She got away last in a field of seven for trainer/driver Åke Svanstedt, but was on the move mid-first turn, carried on to take over at the three-eighths, and called her margin from there. With horses who earned several million Swedish kronor in her immediate pedigree, Hill Of Cash S looks like one who can contend with much better stock for Jorgen Sparredal Inc.

Racing resumes at Pocono on Saturday afternoon (May 14) at 1:30 p.m. (EDT), with uniformity of high-class contests throughout the card. On Sunday (May 15), top three-year-old pacing colts will come together in three $30,000 divisions of their Pennsylvania All-Stars action. Program pages will be available on the PHHA website.