State and local officials visited Deo Volente Farms in Flemington, N.J. on May 8 and were provided a tour of the facility as well as an update regarding the benefits already realized from the state’s five-year $100 million investment in New Jersey’s horse racing and breeding industries.

Deo Volente Farms CEO Mike Gulotta, who also is treasurer of the Standardbred Breeders and Owners Association of New Jersey, offered welcoming remarks and gave officials information detailing the resurgence of racing and breeding in the short time since Gov. Phil Murphy approved the funding early this year. 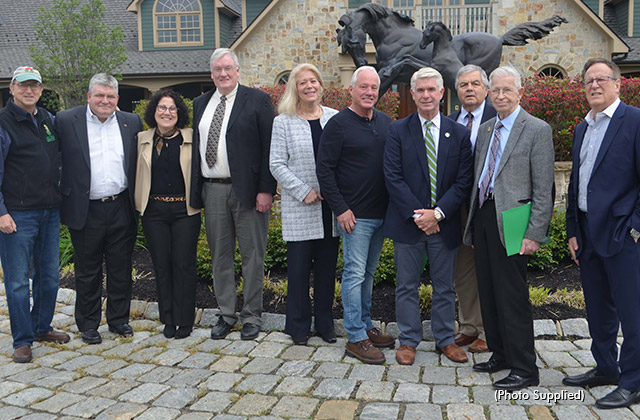 The number of stallions standing in New Jersey already has increased from six in 2018 to 15 in 2019. In addition, it is estimated that more than 700 mares will be bred to New Jersey stallions this year, up from 435 in 2018.

The equine industry in New Jersey preserves 222,000 acres in farmland, employs more than 10,000 people, and contributes $110 million annually in state and local taxes.