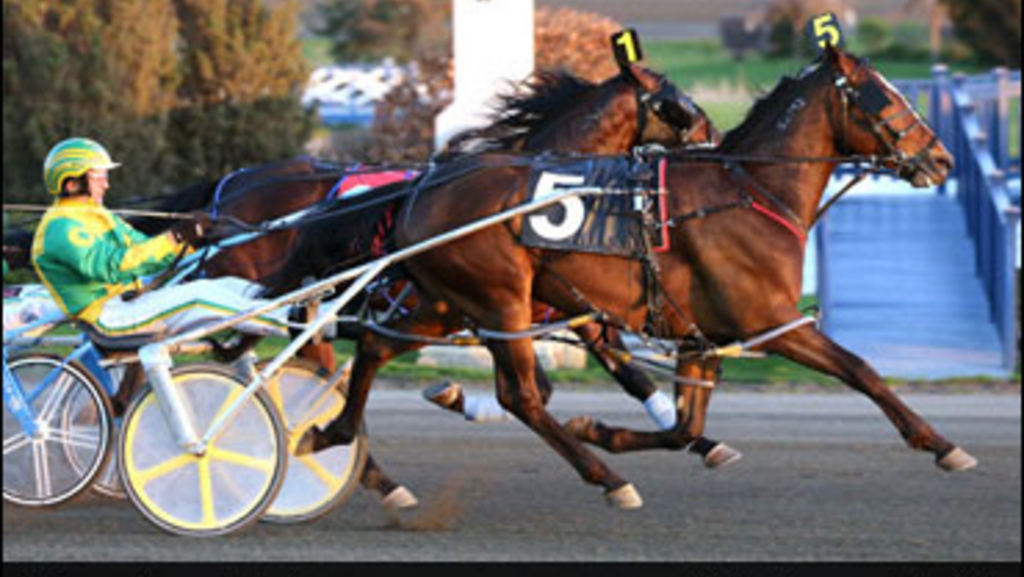 Somewhere In L A established a new career mark of 1:51.4 in the $59,800 final of The Diplomat Series for the Hall of Fame team of driver Steve Condren and trainer Bob McIntosh.

After putting an end to North America Cup eligible National Debt's undefeated win streak in last week's second leg of The Diplomat, Somewhere In L A out-sprinted that foe to the lead from post five. Leaving from the outside seven-hole, National Debt (Sylvain Filion) got rough-gaited as he sprinted into the first turn while Somewhere In L A blazed on through a :26.1 opening quarter.

During the second panel, insider Silverhill Shadow (Jody Jamieson), another Cup eligible colt, swept around the early speedster and reached the half in :54.4. After finding a spot along the pylons in fourth, National Debt went back on the attack, stalking the new leader to the third quarter mark, reached in 1:23.

But National Debt only managed to make it within a length of Silverhill Shadow before fading to last in the stretch. Meanwhile, Somewhere In L A pulled the pocket at the head of the lane and eventually wore down Silverhill Shadow in deep stretch for the half-length victory. Big Surf (Jonathan Drury) came on for third, finishing two and a half lengths behind.

A Nassagaweya Stakes champion at two, Somewhere In L A now has two wins and a third in three series starts this year, boosting his career bankroll to $115,782. 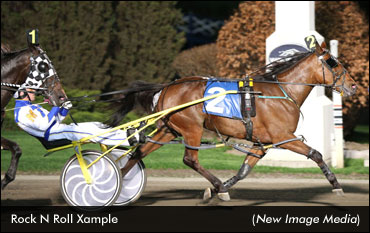 After streaking through the Blossom Series and opening leg of the Princess, Rock N Roll Xample was defeated in the second round by Bahama Blue, but tracked down that foe on Saturday night to claim another series title.

Bahama Blue (Jody Jamieson) established the lead from post three over her inside rivals Rock N Roll Xample and Take That Hanover (Mike Saftic) and carved out fractions of :26.2, :55.3 and 1:24.

However, Rock N Roll Xample was tipped to the outside into the stretch and swept by for the one length victory. Take That Hanover edged by Bahama Blue for the runner-up honours.

Lightly raced at two, the Rocknroll Hanover-R Xample filly has the earned bulk of her bankroll this year, which soared over the $100,000 mark tonight. She has nine wins in 15 sophomore starts.

In regular racing action, State Treasurer, a former The Diplomat runner-up, turned in the nation's second sub-1:50 winning mile of 2014 in the $34,000 Preferred.

A runner-up in his season's debut last week in the Preferred, odds-on favourite State Treasurer paid $2.90 to win on Saturday night.

The five-year-old son of Real Desire and Ideal Treasure is owned by Sally and Paul MacDonald. He surpassed the $500,000 earnings mark while scoring his 14th win in his 50th career start.