I Will Do It Upsets At Marquis 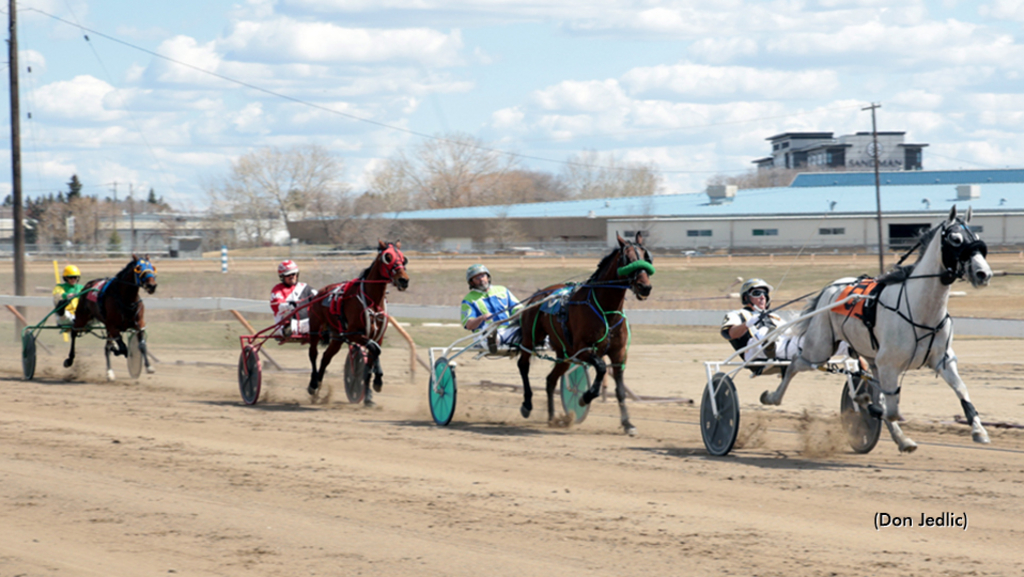 Going as the longest shot on the board, I Will Do It landed the upset in taking the $2,800 Fillies & Mares Open Pace at Marquis Downs on Sunday (May 1).

Owner-trainer-driver Blake Piwniuk sat off the speed with the seven-year-old Camluck mare while Outlaw Tootsieroll set a tempo of :29 and :59 before tiring into the second circuit. Pure Addition sprung out of third to overtake the leader into the backstretch with I Will Do It tracking her cover to draft in the pocket to three-quarters in 1:28.4. Piwniuk then angled out of the slipstream to attack Pure Addition and lunge to the lead in the lane to post a 1-1/4-length victory in 1:59. Tami Blue gave chase in third with Triple Action finishing fourth.

West Coast Beach went coast to coast in the co-featured $2,800 Open Pace. The five-year-old Sunshine Beach gelding, driven by Glenn Le Drew, took the lead to a :30 first quarter and strode through middle fractions of 1:00 and 1:29.3. Appoggiatura pulled the pocket off the turn to challenge West Coast Beach, but the Robert Smith trainee kept his rival at bay to win by three-quarter lengths in 1:59.1.