Urbanite Hanover Looks To Step Up 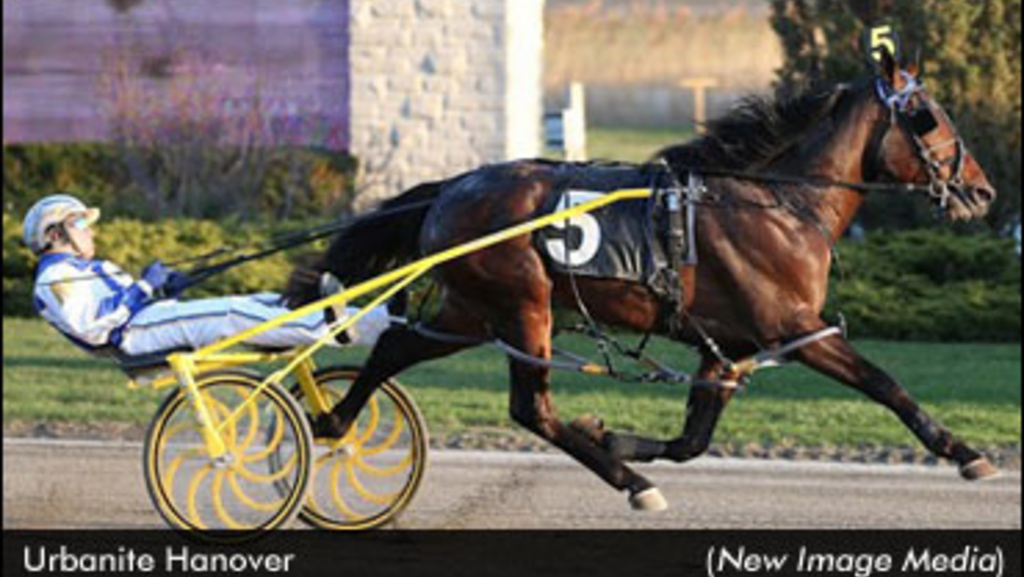 John Williamson’s Urbanite Hanover will look to continue his winning ways in the lone $20,000 second leg division of The Diplomat Series on Thursday at Woodbine Racetrack.

The three-year-old son of Western Ideal is fresh off a comfortable 1:53.1 winning effort in his sophomore debut last week. It was the first career score for the youngster, who has $63,832 in the bank.

“That was a good mile for him,” Williamson said. “He grew up quite a bit this season and filled out nicely. He’s come back really strong this season and I’m very happy with him.”

After spending the winter months at Spring Garden Ranch in Florida, Urbanite Hanover will be pointed towards the 30th edition of the $1 million North America Cup, June 15 at Mohawk Racetrack.

“I am high on him and he’s the best horse I’ve ever sat behind,” he said. “But again, I’m sure many other trainers are high on their three-year-old colts. It’s going to be a tough year in my opinion, but I’m really happy with my guy. That was a nice first start back with him and this week will tell the tale a little better as he faces some tougher horses in The Diplomat.”

Williamson, a resident of Waterdown, Ont., said there is a lot to like about his North America Cup hopeful.

“He makes speed so easily,” he said. “He covers the ground so well and he’s very easy on himself. He’s an easy horse to drive. He can sit in a hole or race on the front and he’s a good sized animal. There’s nothing not to like.”

“He’s a gorgeous individual, but he had an OCD (Osteochondrosis Dessicans), which needed to be removed and that likely scared a few people away. Hanover Shoe Farms removed the OCD and we carried on with him. They're a first class operation with a terrific reputation.”

It was only a matter of days before Williamson realized he had a special colt in his barn.

“About 10 days after he was in the barn I knew he had something,” he said. “As soon as he was broke, in the cart and knew what he had to do, he was all business.”

Urbanite Hanover will begin from post six in race 10 for driver James MacDonald.

The Diplomat is for sophomore pacing colts and geldings that are non-winners of $100,000 in 2012.

Also on Thursday program, the $20,000 second leg division of the Princess Series will take place in race three.