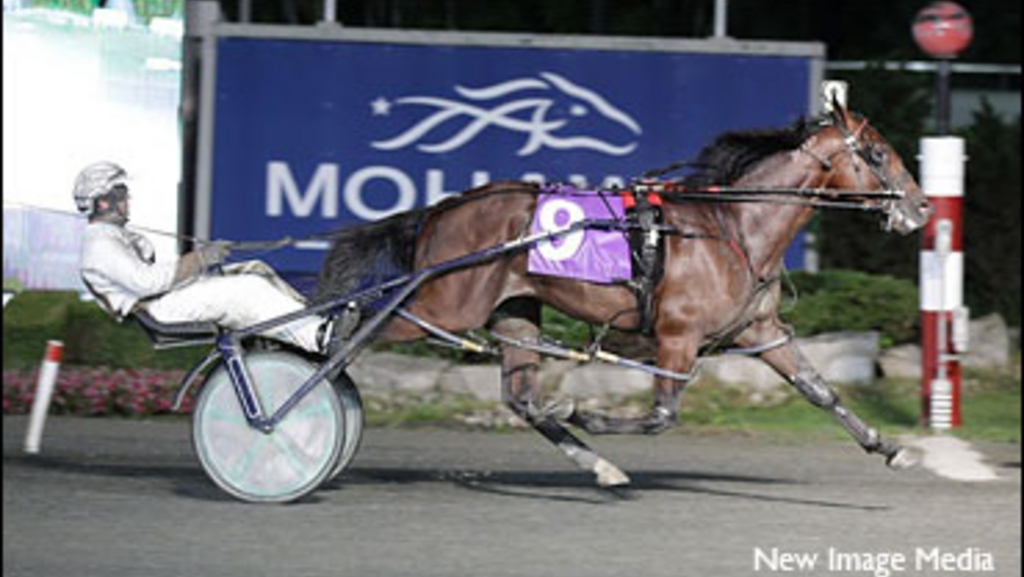 "When he goes to the track this year we are very careful who jogs him because he is just so full of himself. He will go to the track and get a pretty good kick in if you don't watch him."

The runner-up in both the Breeders Crown and the Governor's Cup in 2010, Shadyshark Hanover sits at #2 in the Trot 2011 Pepsi North America Cup Spring Book with odds of 9-2. Trot Insider caught up with trainer Erv Miller for an update on how the Cams Card Shark colt wintered and what's in store for 2011.

Where did he winter?

"He had his time off at Kentuckiana Farms, which had decent weather during his time there. After that we sent him down to the Southern Oaks Training Center."

When did you start back with him?

"The first of January, so he had about six weeks off, which is not a really long time."

Where are you at with him right now? When will he qualify?

"He's always been a very willing horse, and I guess this year even more so. He's just really laid back and does his work well. You don't have to worry about him over-doing it or under-doing it, he just does what you ask of him pretty easily. He's very professional all the time and is easy to train.

"We've been along a little with him, so we're probably looking at qualifying him about the first of May. We're not shooting for a specific race, we're just going to let him tell us where he wants to start at, based on how well he has qualified or how fit he is. We know what his options are."

Have you noticed any changes from last year to this year?

"I think one of the biggest things is that he filled out and he looks great. He's put on a lot of weight, which is typical, but he is one of the big Cams Card Sharks that didn't have a lot of weight on last year -- he looked more of a streamlined colt -- but this year he looks really good. He's filled out and has carried his weight well. One different thing I can see this year compared to last year is that as a two-year-old he was maybe a little more stressed. He would go to the track and do his work, but you didn't see him play a lot. When he goes to the track this year we are very careful who jogs him because he is just so full of himself. He will go to the track and get a pretty good kick in if you don't watch him."

What will his early schedule look like leading up to the Pepsi NA Cup? Do you have an idea at what track he is going to qualify at?

What does his tentative schedule look like after the NA Cup?

"He's paid into all of the biggest races of the year. He's basically on the bigger tracks for the first half of the season, and we've made him eligible to some of the smaller tracks later in the season because I don't think he'll have trouble with a small track."

Throughout the course of the week, the SC website will countdown to the Spring Book favourite, complete with updates from the trainers on the pacers that Trot staff assessed as the leading contenders for the richest prize in Canadian harness racing. Watch for the full list of Spring Book odds in the April issue of Trot Magazine.