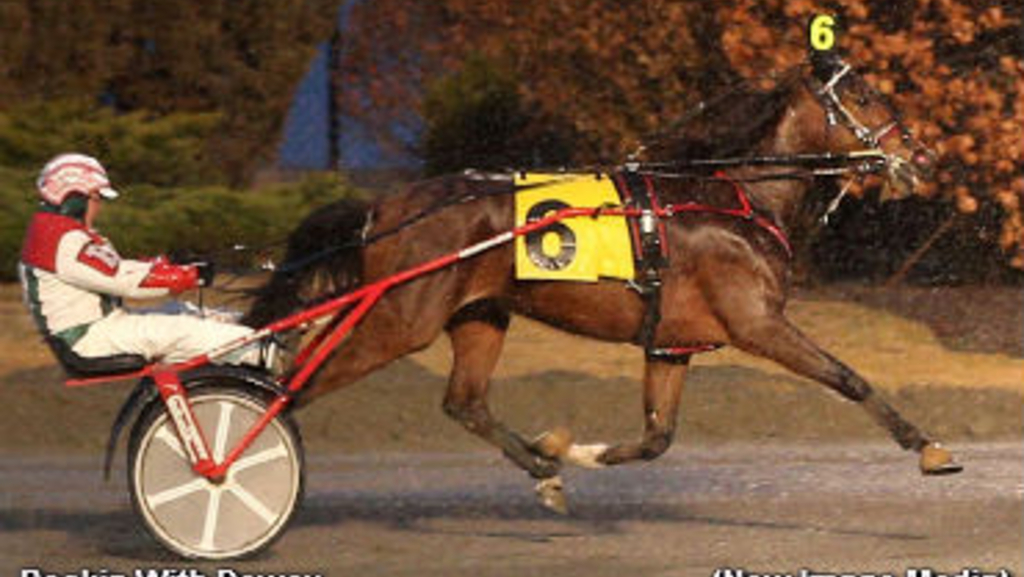 Series mania hit the Mega City Monday evening as Woodbine Racetrack featured the opening leg of the Lifetime Dream Series and the second leg of the Youthful Series.

Andreios Kardia captured the first division of the Youthful Series in 1:55.4 over a track rated ‘good’ by the ORC Judges. Steve Byron mapped out a second-over trip for the three-year-old son of Badlands Hanover-Nexus Seelster, and the gelding mowed down the leaders in the lane en route to posting the win by a length. Regal Son shot up the pylons late to grab second, while Dragon Seelster nabbed the show dough.

James Madill trains the homebred for owner Ina Madill of Innisfil, Ontario. Unraced as a rookie, Andreios Kardia improved this year’s record to 3-0-1 from seven starts with the victory. The winner’s share of the $15,000 purse increased his earnings to $28,480.

Highland Tartan was conservatively handled in the opening leg of the series, but that wasn’t the case in tonight’s follow-up assignment. After getting away second James MacDonald brushed the pacer to the lead in the backstretch and never looked back en route to a 1:56.2 score over Reasonable Force and Little Ben.

Sent off as the 7-5 favourite, the three-year-old son of Major In Art-HTF Cocoa improved his record to 2-1-1 from five trips to the track for trainer Marty Fine, who co-owns the colt with Mary Clark of Inglewood, Ontario. The lightly-raced pacer has banked $15,200 to date.

Rockin With Dewey, who was sent off as the 1-5 favourite in the opening leg of the Lifetime Dream Series, took over command in the backstretch and romped to an easy score for Team Baillargeon. She drew clear to win by 5-1/4 lengths over Frisky Magic in 1:56.1, with Bop Too The Top taking home third prize.

Mario Baillargeon guided the Ben Baillargeon-trained four-year-old to the win. Ben shares ownership on the daughter of Deweycheatumnhowe-Silky Celine with breeder Diane Ingham of Mount Pleasant, Ontario. The mare now boasts a 4-1-0 record from eight trips postward this season. The 10-time winner has banked $219,300 to date.

Rose Run Oriana was sent off as the 3-5 choice in the second division, and she had no problem getting the job done for the tandem of driver James MacDonald and trainer Joe Cirasuola. She brushed to the top in the backstretch and drew clear to win by 2-1/4 lengths in 1:57.2. Standing My Ground came on strong to finish in the runner-up spot, while third prize went to Her Name Is Lola.

Shirley Halas of Northville, Michigan owns the four-year-old daughter of Trainforthefuture-Rose Run Doowrah. The victory was her fourth of the season and the 14th of her career. The lion’s share of Monday’s loot lifted her career cash stash to $125,717.