Real Peace overcame post nine and notched his second-straight victory in the Saturday, April 6 feature at The Meadows: a $13,000 conditioned pace. 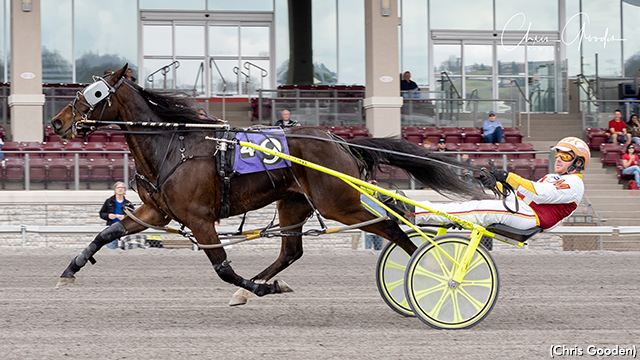 In other highlights of the week at The Meadows:

Another Blowout for Party At The Banks

Party At The Banks rolled to her third-consecutive blowout—a combined victory margin in of 10-and-a-half lengths—in Wednesday’s $20,000 Filly & Mare Preferred Handicap Trot. Dave Palone hustled the five-year-old daughter of Break The Bank K-Beach Party As to the point, where the 1-9 favourite had little trouble putting away first-over CR Blazin Beauty. She won in 1:55.1, two-and-three-quarter lengths ahead of the pocket-sitting Dirty Secret. Youre Majestic took third.

Burke conditions Party At The Banks, whose lifetime bankroll stands at $155,923, for Burke Racing Stable and Weaver Bruscemi LLC.

Forced to an uncharacteristic first-over move, millionaire Dayson nonetheless raced much the best, powering to his third-straight victory in the $18,000 Preferred Handicap Trot on Tuesday, April 2. Palone sent Dayson for the lead, but when Wilberforce was unexpectedly aggressive on top, Dayson and Palone found a seat fourth. Dayson then attacked in the backside and blew by Wilberforce to score in 1:54.3. Bluebird Jesse was second, two-and-three-quarter lengths back, while Classic Banker completed the ticket.

Burke trains Dayson, a six-year-old Conway Hall-Nerveys Taurus gelding who now boasts $1,020,712 in career earnings for Burke Racing Stable, Weaver Bruscemi LLC, Larry Karr and J&T Silva-Purnel&Libby. It was one of three wins for Palone, including a pair for trainer Cory Kreiser, on the 13-race program.

David McNeight III lit up the tote board on the card when he brought Lady Eagle home at 68-1 in a Filly & Mare Conditioned Trot.

Rentier powered to the point past the quarter and jogged to an easy victory in the co-featured $11,500 Conditioned Trot on Monday, April 1. 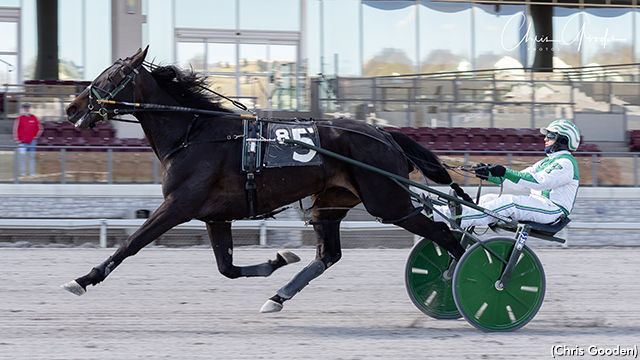 Live racing at The Meadows resumes Monday, April 8. First-race post is at 1:05 p.m.