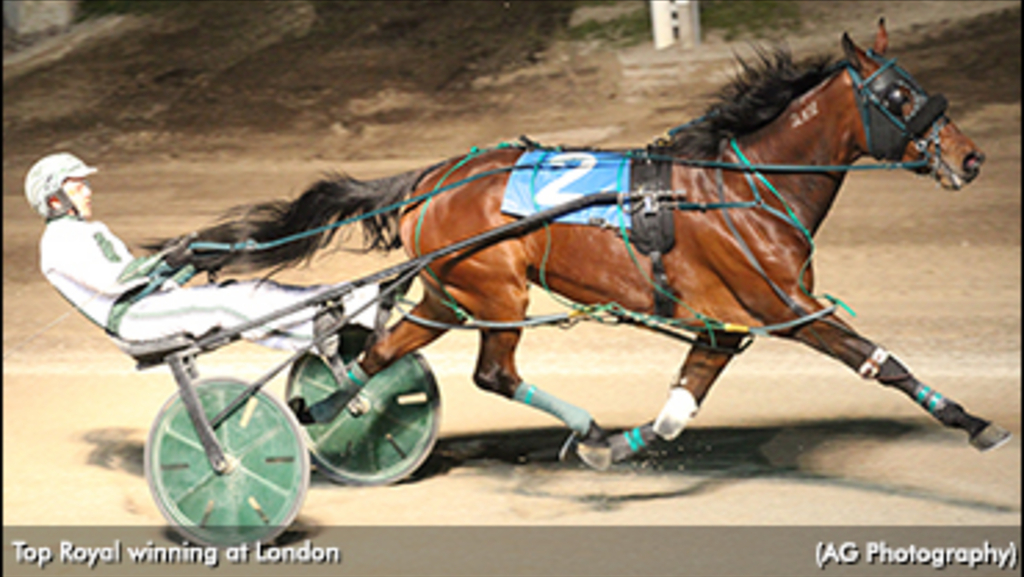 Circling to the top from post two, Top Royal pocketed rail-starter Glancewithme moving to a :28.4 opening quarter and faced no pressure moving towards a :58.4 half. Insincerity, sitting sixth, tipped first over as the tempo slowed and advanced towards the front moving into the backstretch.

Alphabet Queen flushed off the rail from fourth and supplied cover to Insincerity while Top Royal led by one-and-three-quarter lengths passing a 1:28.1 third quarter. The six-year-old Royal Mattjesty mare widened her margin turning for home, kicking to a three-and-a-quarter length victory over Alphabet Queen with Insincerity chasing in third.