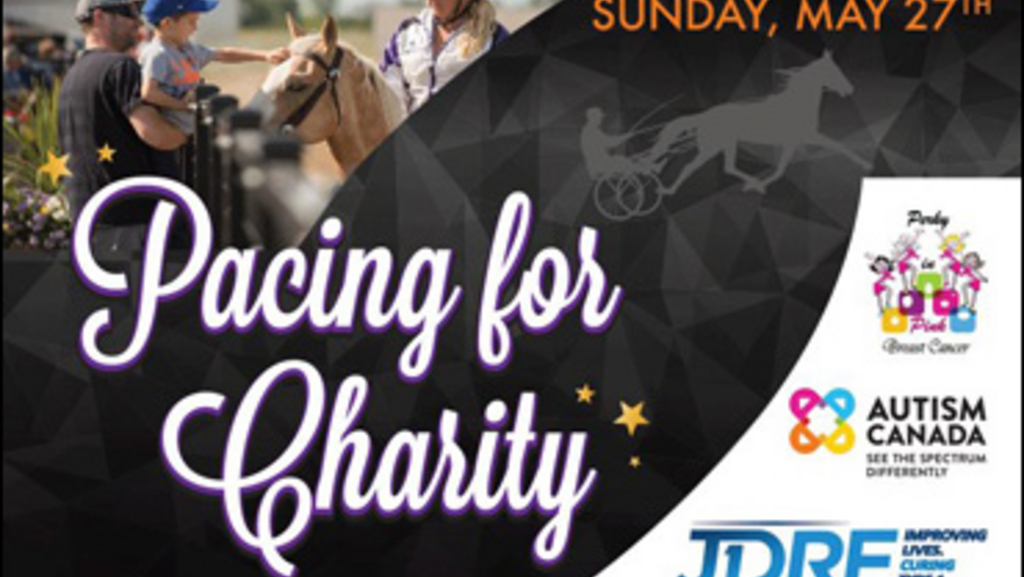 Now in its third year, the popular Pacing for Charity fundraising event created by the Alberta Standardbred Horse Association will take place on Sunday, May 27 at Century Downs Racetrack and Casino.

Drivers Jody Jamieson, James MacDonald and Doug McNair have been invited back to the Calgary, Alta. oval to compete against the local talent and help raise funds and awareness for three charitable organizations.

The Ontario-based reinsmen will be racing in support of Autism Canada, Juvenile Diabetes Research Foundation and Perky In Pink.

Last year, McNair dominated the day with five wins during his first appearance at what has become an annual event. Total funds raised in 2017 were more than $7,900.