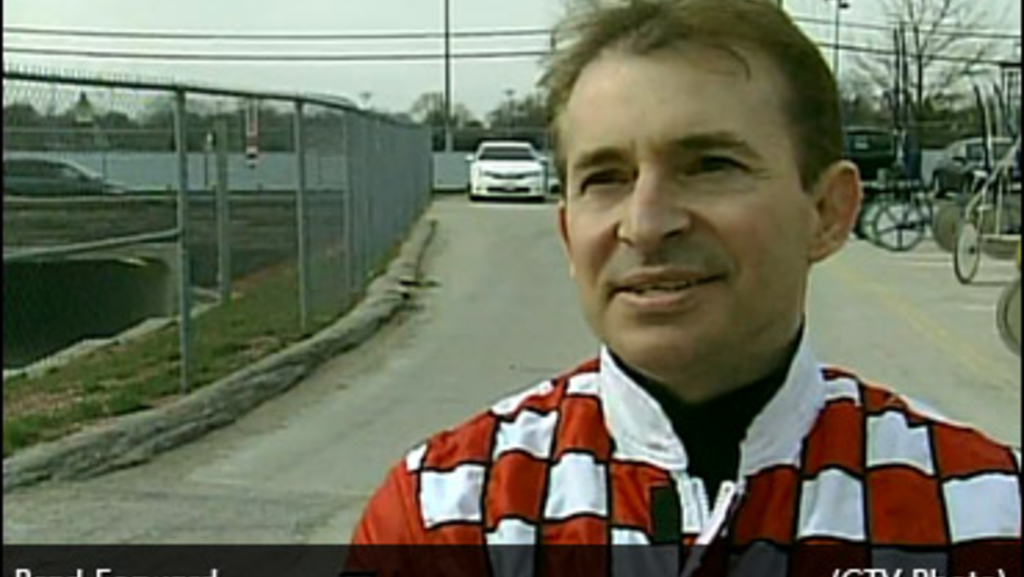 "The hardest thing was, you know, you've got your family and you just seem like you hurt so many people. I just felt like I was taking on the world at that point."

CTV London recently interviewed driver Brad Forward on his return to competition at Western Fair after his much publicized suspension was lifted, and then an injury earlier this year derailed and delayed his return to the London oval.

"You've got some rust on you, you shake the butterflies out of you and get used to being back in the bike because I haven't been on it for two years so just to get back to the stage you were at...I still don't think I'm there but I'm getting there."

"I was really close with him back when I first started out and he helped me out a lot, teaching me the ropes and he was always high on me," McNair told CTV. "He's a natural talent and he's been great his whole life. I watched him drive here when he was racing here at London and he hasn't lost the touch yet."

Forward expressed his gratitude for the owners and trainers in Ontario's harness racing circuit that have felt confident in using his services since his return.

"If it wasn't for the trainers and owners, you wouldn't be anywhere so I owe a lot to those people."

I agree with Kimberly. Its

I agree with Kimberly. Its just too bad that there is a good chance that we will lose such an awesome talent to South of the Border because of what our Liberal friends have done to our industry. But inthe mean time, we look forward to seeing you in the Winner's Circle

Brad, there are some of us

Brad, there are some of us who have believed in you all along and it is fantastic that you are back to drive for us. We are glad to hear that you are fully recovered from your recent injury and we look "Forward" to seeing you in the bike. We were blessed to have you drive for us in the trial and the finals for the 50th Gold Cup and Saucer and know that you will work your magic again.