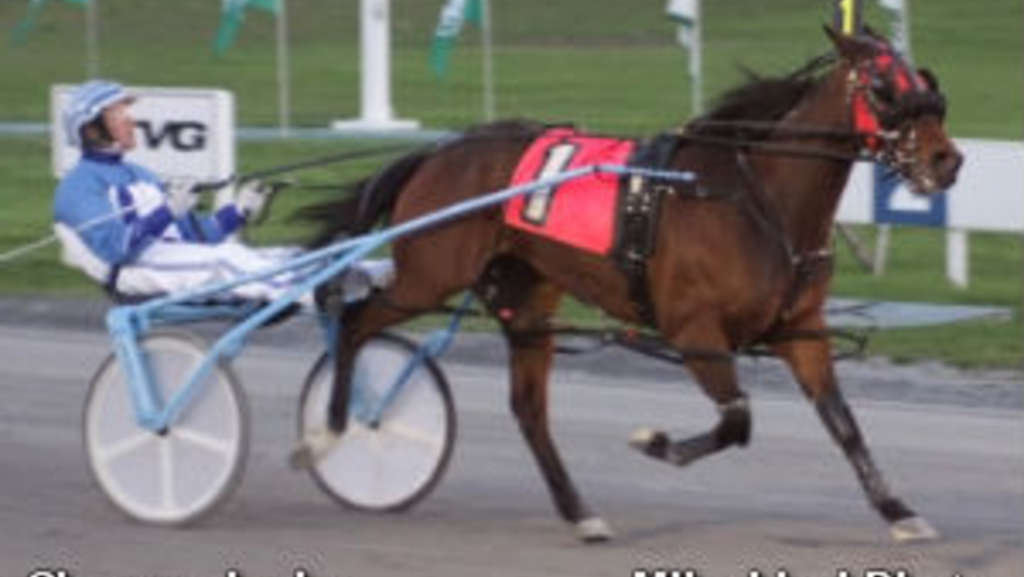 Chancey Lady and Western Graduate were the big mares on campus, winning Friday night's pair of $40,000 divisions in the fourth leg of the Blue Chip Matchmaker

Leaving inside of her seven rivals as the odds-on favourite, Chancey Lady and driver Cat Manzi retook the lead from Omen Hanover just before the opening quarter flashed up in :27.2. A gapping, single-file parade ensued through middle fractions of :56.1 and 1:23.4.

Chancey Lady had three lengths to play with turning for home and she maintained that margin en route to beating Omen Hanover in 1:52.3. Kennans Kelli was third.

For Chancey Lady, a four-year-old daughter of Camluck owned by Niele Jiwan and trained by Mark Kesmodel, it was her fourth win of the season in 11 trips postward.

The second Matchmaker melee had a new look even before the race started, as morning-line choice Elusive Prey was scratched due to sickness.

Western Graduate and Jim Pantaleano marched to the lead and took the field through fractions of :28, :57 and 1:25.1 before stepping kicking home in :28.3 en route to the 1:53.4 decision. Hannah Isabel, who sat the pocket trip, was three-quarters of a length back in second. Up Front Bethann was third. For Western Graduate, a five-year-old daughter of Western Hanover trained by Eric Abbatiello for KDM Stables Corp. of Farmingdale, NY, it was her fourth win of the season in 12 attempts.