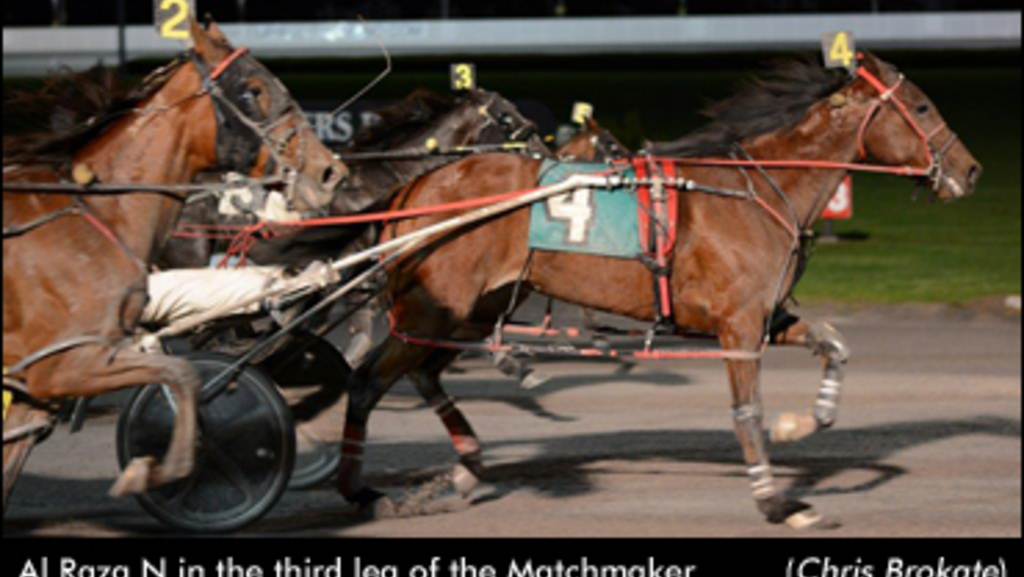 Regil Elektra owned a three-quarter length lead into the lane and hung in there gamely, but was mowed down late by a from-last For The Ladies N (Stratton, $40.40) in 1:53.1. The longest shot on the board -- from post position No. 5 -- won by a neck, with Jungle Genie N (Matt Kakaley) third, while Krispy Apple faded to last among the half-dozen.

For The Ladies N, a seven-year-old Down Under daughter of Jeremes Jet owned by Harry von Knoblauch and trained by Peter Tritton, is now one-for-five this season. The exacta paid $140.50, with the triple returning $884.

Friday’s second Matchmaker event had owner, trainer and driver double up with Sell A Bit N ($7.10), who herself made it a series two-fer.

Negating her outside six-hole, the second choice worked around Skippin By (Yannick Gingras), then laid down the law (:27.4, :56.4, 1:25.2, 1:53). Venus Delight (Bartlett), as the 3-5 choice, moved to challenge from third, but never came close. Sell A Bit N won by a length and a quarter, with Venus Delight second and Skippin By third.

Sell A Bit N, a six-year-old Down Under daughter of Julius Caesar, is now two-for-six this season. The exacta paid $12.20, with the triple returning $55.

Watching early from post No, 4, series points leader Al Raza N was content to have Yagonnakissmeornot (Dan Dube) retake from Request For Parole (Gingras), with early intervals of :27.4 and :57.

Anndrovette moved from third down the backside, towing Al Raza N along for the ride in and out of a 1:25.1 three-quarters.

Entering the lane, Yagonnakissmeornot was about to give up the ghost. Al Raza N moved widest and defeated the lass on her back, Mach It A Par (George Brennan), by a half-length in 1:53. Anndrovette held well for third.

Al Raza N, a six-year-old Down Under daughter of Gotta Go Cullect owned by Durazzano Stable and trained by Agostino Abbatiello, earned her fourth win in five starts. The exacta paid $9, with the triple returning $41.60.

“[For The Ladies N] was definitely helped by fast fractions and a short field, while the other two [Sell A Bit N and Al Raza N] always race well,” said Stratton, now an honourary Kiwi.

“I’ve been fortunate they haven’t drawn in against one another.”

Saturday night’s card brings the third round of the George Morton Levy Memorial Pacing Series. Four, $50,000 divisions (races six through nine) comprise this go-round, with reining U.S. Harness Horse of the Year Wiggle It Jiggleit debuting in the third event.