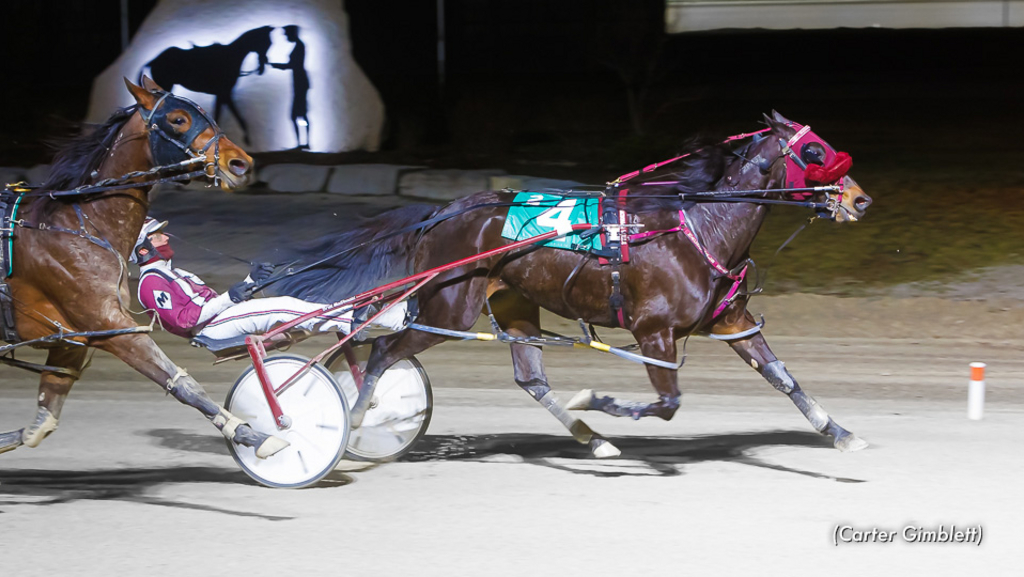 After her three-wide rally last week proved too little and too late, Saulsbrook Jessie ($4.80) took the short route to victory in Wednesday's (March 9) $12,000 Preferred 2 Handicap for pacing mares at The Raceway at the Western Fair District.

Brett MacDonald gunned the six-year-old daughter of Big Jim to the lead on the first turn, using a :28.1 first quarter to clear Miss Rockadali (Tyler Borth), who left from the pole. Once in command, it was game over for Saulsbrook Jessie, who rated middle splits of :58.1 and 1:27.1 before fending off Miss Rockadali by a length in 1:57.1. So Frisky (Colin Kelly) rallied from the back of the pack to upend Millies Million for third, another 3-3/4 lengths behind.

Wednesday's complete results are available at the following link: Wednesday Results – The Raceway at the Western Fair District.