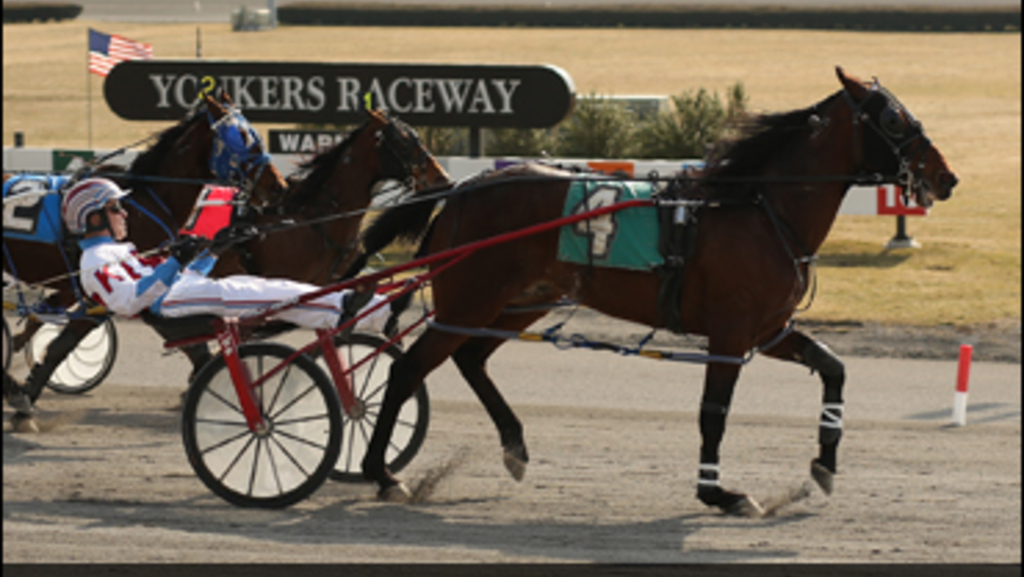 The horses that were competing were non-winners of four races and/or $40,000 in purse earnings through last December 1. A total of six $20,000 divisions went postward.

Arrow (Matt Kakaley, $14.80) was the lone ‘price’ horse in the third division. He worked out a second-over trip from Post 4 and eventually got up over the pacesetting Steve Said (who was driven by Eric Carlson) by one and a half lengths in 1:54.3.

Arrow is a four-year-old son of Rock N Roll Heaven that is owned by Growth Opportunities LLC and is trained by Tony Farina. He is now 3-for-7 this season. Last summer, he won here at odds of 94-1.

Tuesday’s second Sagamore Hill division saw the pole-sitting Dontcallmefrancis (Brian Sears, $5.30) sit a loose pocket to the favoured Tonis Affection (Scott Zeron) before getting up by a neck in 1:53.2.

A list of the other ‘chalky’ division winners appears below.

(With files from Yonkers)