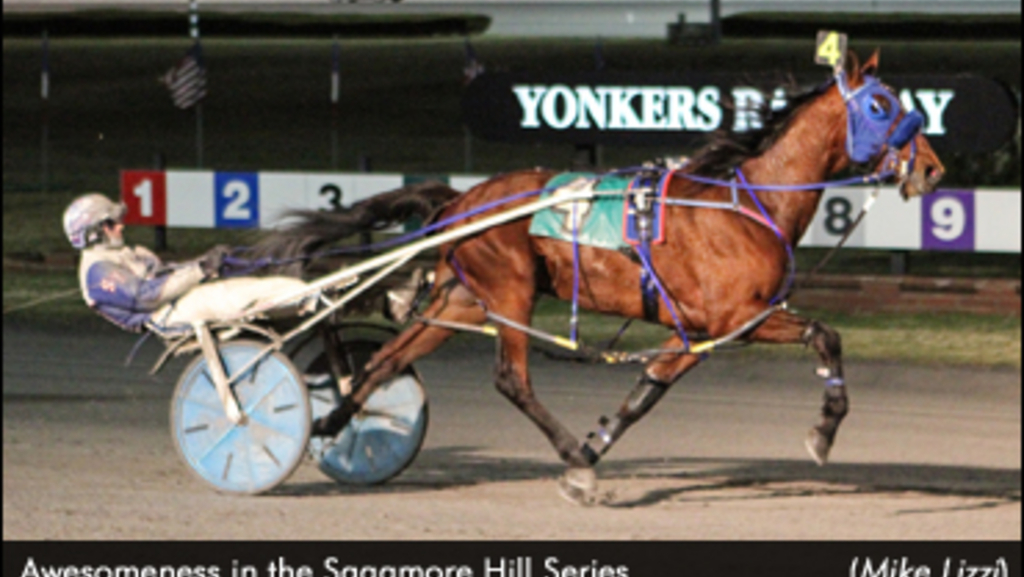 The series, named for Long Island estate of Theodore Roosevelt, is open to three and four-year-old pacers that were non-winners of four races and/or $40,000 through this past December 1.

Never Say Never N (Jason Bartlett, $2.70) made it three-for-three stateside with an off-the-pace, 1:55.2 victory in the opening, $20,000 division. From post position No. 5, he moved from fifth to the lead down the backside, opening a couple of lengths in the lane.

He held off a cone-skimming Western Tyrant (Yannick Gingras) by a neck, with Bass Player (Jordan Stratton) a rallying third.

For Never Say Never N, a four-year-old Down Under Bettors Delight gelding co-owned by Thomas Lazzaro & Gerard Stuchbury and trained by Heidi Rohr, the win was his fourth in eight career starts. The exacta paid $12, with the triple returning $57.50.

Canadian interloper Awesomeness (Scott Zeron, $2.10) was the second 1-20 proposition in as many nights, winning the night’s final series event (from post No. 5) in a down-the-road 1:55.

The four-year-old Mach Three gelding, who invaded after beating up Woodbine’s Snowshoe Series, defeated 43-1 Wishiwasagigolo (Stratton) by a couple of lengths for a fifth (consecutive) win in six seasonal starts. Rock Power (Bartlett) was third. The exacta paid $29, with the triple returning $47.80.

The winner is owned by Martin Scharf and trained by Aaron Lambert.

The opening-round hunch play, the Teddy Roosevelt-coined phrase Bully Pulpit, was a non-factor fifth in the fourth division.