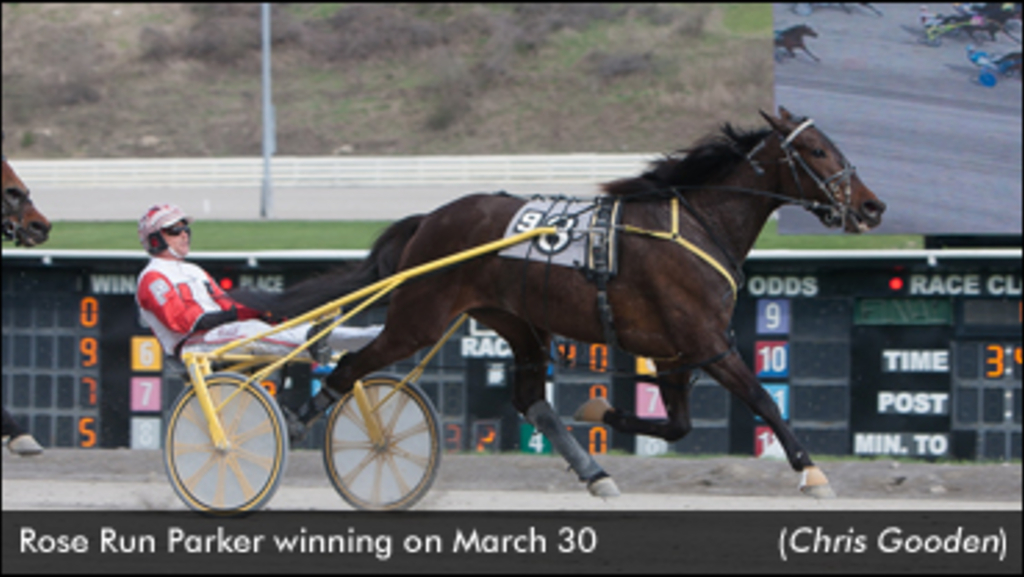 Rose Run Parker endured a brutal first quarter, but rolled on to victory — his fourth straight — in Wednesday’s $22,500 Winners Over $10,000 Life/Preferred Handicap Trot at The Meadows.

Assigned post eight, Rose Ron Parker was three-wide for most of the :27.1 opening panel and didn’t clear to the lead until the three-eighths. But once he settled in for Dave Palone, he held off the late charge of his stablemate, I Know My Chip, and downed him by a length in 1:52.3 Trustworthy Kid, who lacked racing room, finished third.

Burke and Palone each enjoyed four wins on the 15-race card while Mike Wilder fashioned a triple.