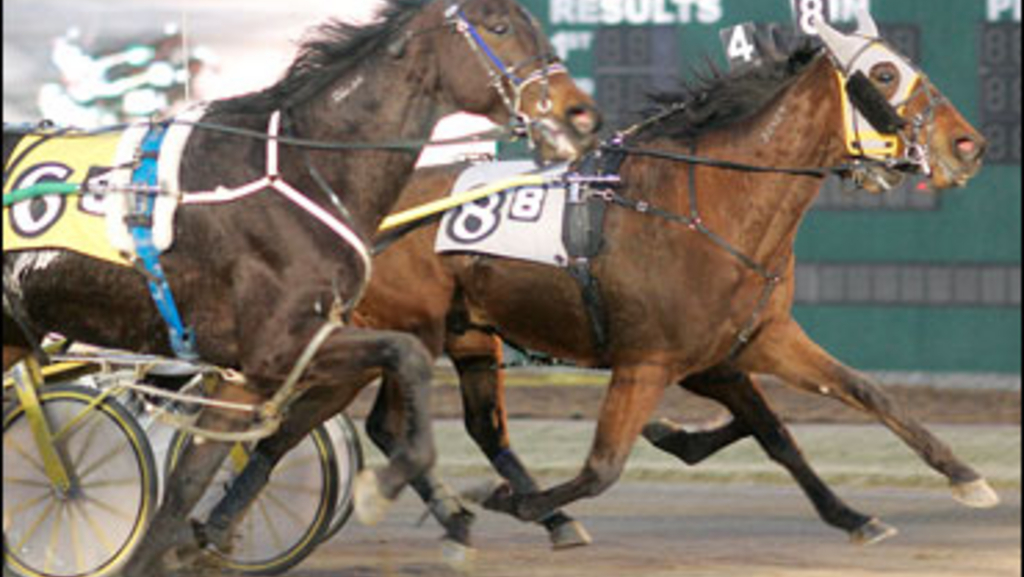 On a cold night in Indiana, odds-on favourites were hot at Hoosier Park Racing & Casino as both Summer Indian and Jammin Joshua delivered in the $22,000 featured trot and pace on Saturday, March 29.

Kicking things off for the evening, current world record holder Summer Indian was able to overcome a tough, first-over trip to make his seasonal debut a winning one in 1:57.3 in the Invitational Trot.

Leaving from post eight, Ricky Macomber Jr. sent Ontario-sired Summer Indian away from the gate just enough to grab a spot along the rail in fourth. Good Sound Advice and Pete Wrenn grabbed the early lead and dictated fractions of :28.1 and :59 before ever being contested.

As the field approached the final turn, Summer Indian began his long first-over bid for the front and reached the leader’s wheel at the three-quarter mark in 1:28.3. Good Sound Advice appeared to be up to the task as the top pair battled down the long Hoosier Park stretch, but Summer Indian was able to stick a nose in front at the wire.

Martz Time and Trace Tetrick staged a big rally late in the lane to get up for the second-place finish while Good Sound Advice held on gamely for third.

As the heavy betting favourite, Summer Indian returned $5.80 for the win.

On the pacing side, Jammin Joshua and Sam Widger delivered as the heavy betting favourites in the $22,000 Invitational Pace with a final time in 1:53.4.

Using a sharp, front-running effort, Jammin Joshua rattled off fractions of :27, :57, and 1:25.2 before holding off a late charge from Fashion Delight and Tyler Smith to score his first win of the season.

As the 3-2 favourite, Jammin Joshua returned $5 at the betting window for the win.

Fashion Delight got up for the second place finish while Lucky Jet and Jason Dillander rallied late for third.

Jammin Joshua is trained by Ernest Gaskin for Hoosier Park's own Emily Gaskin.

Live racing at Hoosier Park Racing & Casino will continue on Thursday, April 3 with a new, daily post time of 5:15 p.m.