Saskatchewan To Drop Funding In 2013 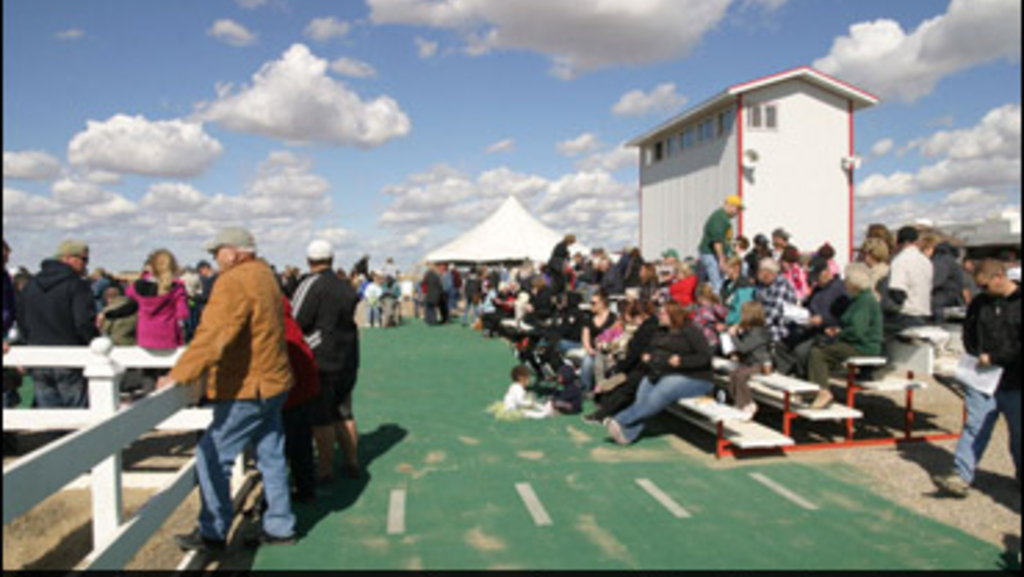 Following the lead of Ontario and New Brunswick, the provincial government in Saskatchewan announced on Wednesday that funding for horse racing would end in 2013

The following letter was received by SSHA President Glenn LeDrew from Fiona Cribb, Vice President of the Regulatory Compliance Division on Wednesday:

This letter follows up on my March 26,2012 call to your organization, respecting the 2013 race season. The purpose of this letter is to advise that 2012 will be the final year that the Saskatchewan Liquor and Gaming Authority (SLGA) provides funds to the horse racing industry.

SLGA is providing you with notice at this time with respect to 2013 as we recognize this is important for your long term planning.

The horse racing grant has provided a subsidy for operations and purses at racetracks in the province for many years. However, in a time where the government is reviewing all its spending in relation to its core priorities, this support is not considered a priority.

The pari-mutuel tax that is collected by tracks operating pari-mutuel wagering and remitted to the Ministry of Finance will remain in place.

"It was very difficult news to say the least and we are just trying to process it ourselves," said LeDrew via email late Wednesday. "Harness racing was certainly gaining ground in this province in the last few years and I'm just not sure at this point how we recover from such a devastating setback. Our board of directors (SSHA) is getting together for some meetings and we are going to try to figure this out and determine next steps."

With respect to 2012, the season of harness racing is safe with Yorkton and West Meadows both gearing up.

"The Saskatchewan Government announced that we will receive $320,000 to operate 16 days of live racing in Yorkton this year," Yorkton GM Shaun Morin told Trot Insider. "The money covers purses and operator support. This is the same amount we received in 2011 so purses will remain the same with bottom classes racing for $1,400."

Morin continued to note that qualifying day is Saturday, May 12 and opening day is Saturday May 19. All race cards will be run on Fridays except for opening weekend and the last two dates in September which will be Saturday afternoon.

I hope you really fight

I hope you really fight this. We in Ontario are not going to take it, especially since we DO NOT receive a subsidy. Boycott the casinos, tell people to keep their money in their pockets. Do whatever you have to.

Could we in the industry not

Could we in the industry not learn to live with the times (budget cuts) and try to adjust? What have the tracks done with all the money provided to them. Having been to many tracks in Ontario and Saskatchewan, I can say many of the tracks are close to being inoperable. The grandstands don't look safe, and I'm reluctant to even sit and watch.

I just want the sport to be viable and the best in the world in Canada, but part of that responsibility is also with the tracks. They have to make it attractive and even more family-friendly. They have to attract the average schmoe on the street, because, sad to say, wagering revenue has decreased since the slots program has started and until now. I've looked at the ORC annual reports. I don't like those numbers. I want wagering revenue to increase year over year.

Is there an alternative for our racing industry? What can we do???

I would like to congratulate the exhibition board at Yorkton for the excellent job you have done to promote racing. Also to the people at West Meadows for doing a job well done this past summer.There could not have been anyone from Saskatewan agriculure Dept or Liquor & Gaming at the races to see what a fine job they had done for tourism & racing.

Now .. lets take a look at Saskatewan. You lost one of the best Agricultureal Winter fairs in Canada with your poor management. Then the Racino race track in Regina which was sold for peanuts to the downtown casino. Now you have lost the biggest Arabian horse show in the world- The Royal Red. You want to give money to Marquis Downs - one of the most run down places in Saskatchewan. Is there no paint in Saskatoon? And you want to cancel racing - one of the only bright spots of agriculture you have left.

Why not get rid of agribition too and then everyone visiting Saskatchewan can go to your fair grounds and play soccor?
I think the ag. minister and liquor and gaming ministers are an embarrassment to Saskatchewan. Taking a small amount of money like $320,000. from racing is pretty bad when your wages are probably that.

Where is the "Saskatchewan

Where is the "Saskatchewan Advantage"?
You are right Jerry. It just doesn't make any sense to do this to do this to the horse racing industry. To make matters worse the subsidy is only $600,000. Out of that $600,000 there are many people employed...everyone from the phtographer to the ticket sellers. The other $900,000 is from the pari-mutuel tax on what is wagered on horse racing in the province.
A solution is being sought out by the 3 racetracks working together with the horsemens organizations in the province.

Industry(thoroughbred and standardbred) subsidy in SK $1.5 million. General budget expenses in SK this year around $12 billion Income expected this year in SK probably also around $12 billion. Hope I have read budget correctly for these numbers. I hope those of us here as well as in New Brunswick and Ontario can turn this awful situation around and I only hope that other provinces don't come under the same type of knife. Good luck to all in the horse racing industry ( thoroughbreds, standardbreds and quarter horses)