Terror At Night Reaches At Dover 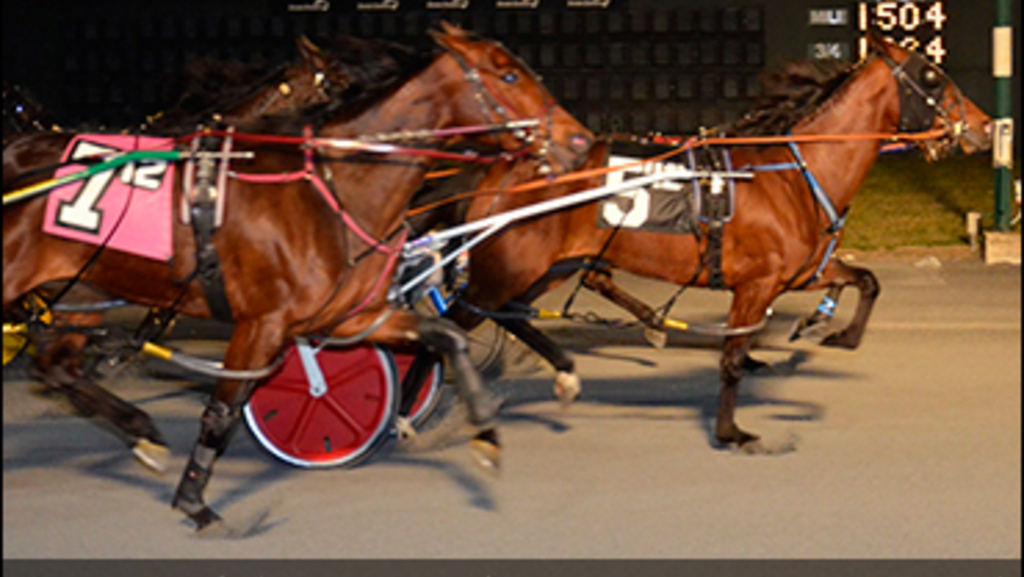 Terror At Night caught front-pacing Nerida Franco N in the final stride to win the last $30,000 Mares Open Handicap feature of the meet on Wednesday (March 28) at Dover Downs.

Driver Mike Cole pulled Terror At Night out of third and followed Apple Bottom Jeans on the outside before moving three-wide turning for home. Cole hustled the Western Terror-Enhance The Night five-year-old down the lane just in time to catch Nerida Franco N (Allan Davis) in the 1:50.4 event, equaling her lifetime mark. The victory was her fourth of the year with a second in nine races. Terror At Night now has won $50,800 in 2018 and 19 races lifetime and $293,701 in her career.

Stormtracker and Tetrick made good use of post 1, scoring a front-end 1:52 triumph in a $22,000 conditioned pace. It was the Big Jim-Stonebridge Breeze mare’s fourth win of the year with two seconds in six starts for trainer Linda Toscano and owners John Mehlenbacher, Enviro Stables, Camelot Stable and The Bay’s Stable. Shesarocker (Vic Kirby) was the place finisher with Legio X Equestris (Montrell Teague) third.

Use Your Noodle (Kirby), trained by Les Givens, was at the top of her game as well, notching a 1:51.1 wire-to-wire conquest in a $16,000 mares winners-over pace for the partnership of Faragalli, Feeney, Johnson and Nanticoke Racing. A five-year-old daughter of Artzina-Lo Gophobia, she bested Fashion Showdown (Morgan), second, and Hold It Hanover (Eddie Davis Jr.), third, to the finish line. Use Your Noodle has now won 16 times in her career and has banked $249,440.

On Thursday, an outstanding final day of the meet offers a 14-race card, led by four $100,000 DSBF Finals and $40,000 Preferred Pace and the presentation of the Horse of the Meet, Leading Driver and Leading Trainer honours.

Two drivers had triples on the Wednesday card: Tim Tetrick, who had five wins the first two nights of the week, added a three-bagger, as did Tony Morgan. Art Stafford Jr. had a double, as did trainer Les Givens and Nanticoke Racing. Trainer Jeff Fout, a former standout driver in Ohio, won both ends of the daily double for owners Bay Pond Stable.