Series Champions Back In Action 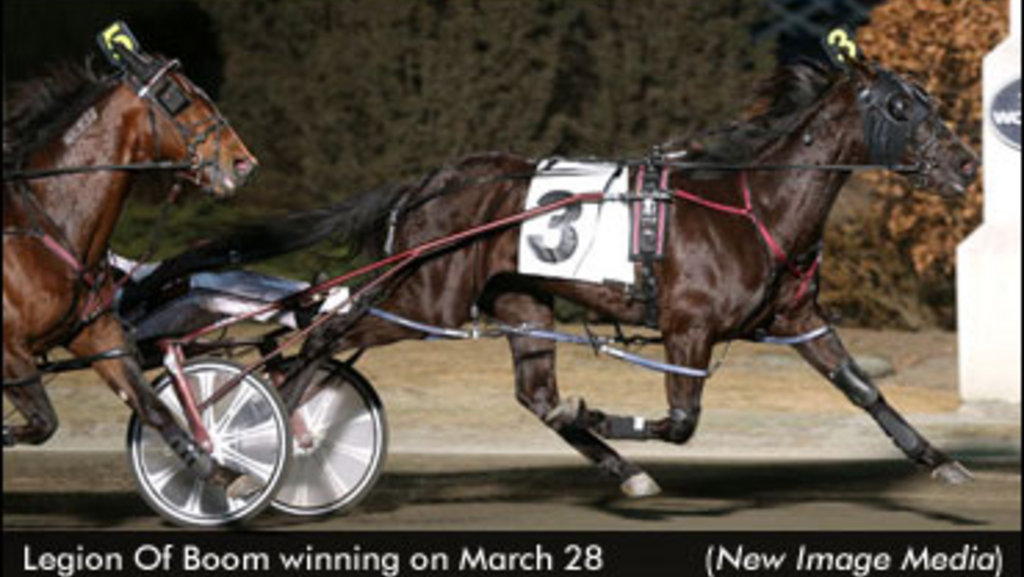 Already boasting winter series titles, Dialamara and Legion Of Boom were back for more on Saturday night at Woodbine Racetrack as the Youthful Pacing Series began with a pair of $15,000 first leg divisions.

This series is for three-year-old pacing colts and geldings that were non-winners of three races or $15,000 in 2014.

Fresh off a victory in the final of the WEGZ Series last week, Dialamara opened the Youthful with Sylvain Filion catch-driving for trainer Pat Fletcher and owner John Lamers of Ingersoll, Ont.

The Lis Mara colt made a big backstretch brush, moving up from fifth to confront the 9-5 favourite American Rock (Doug McNair), who had taken the lead after the speedy :26.2 opening quarter and held command through a :55 half until being collared by Dialamara at the next marker in 1:23.4. American Rock was dead-game in a battle to the wire, but Dialamara persevered by a head in 1:52.3. Team Captain (James MacDonald) finished three and a half lengths back in third.

Returning to action after his Count B Series triumph over Dialamara on Feb. 20, Legion Of Boom was back to his winning ways in the second Youthful split.

Driver and co-owner Doug McNair sent the gelded son of Artistic Fella to the lead from post three and carved out opening panels of :28.1 and :57.1 with the field following in single-file alignment. However, at the half, Pantheon Hanover (Trevor Henry) launched his attack and charged up from fifth to go head-to-head with the pacesetter past three-quarters in 1:25.3. Legion Of Boom, the 7-5 favourite, fought back as they raced into the stretch and held off the persistent Pantheon Hanover to win by a length in 1:55.1, with Giovanni (Mike Saftic) coming on for third.

The Guelph, Ont. reinsman had a big night at the track driving four winners on the card, including Thunder Steeler in the $34,000 Preferred Pace for Isaac and Aaron Waxman. The six-year-old Lis Mara gelding wired the compact field of five in 1:51.2.

In the matching Preferred Handicap Trot, millionaire Daylon Magician made his seasonal debut a winning one as he closed off cover and edged out Burnin Money at the wire in 1:54.2 for trainer/driver Jack Moiseyev and owner Daylon Farms. The win was the 26th lifetime for the seven-year-old son of Kadabra.

The Jackpot Hi 5 now has a carryover of more than $800,000 for Monday night's harness racing card. Monday will be the final opportunity for handicappers to wager on the Jackpot Hi 5 before the mandatory payout date on the second-to-last card of the meet, which is set for Saturday, April 4. The second round of the Youthful Series will also be contested next Saturday.