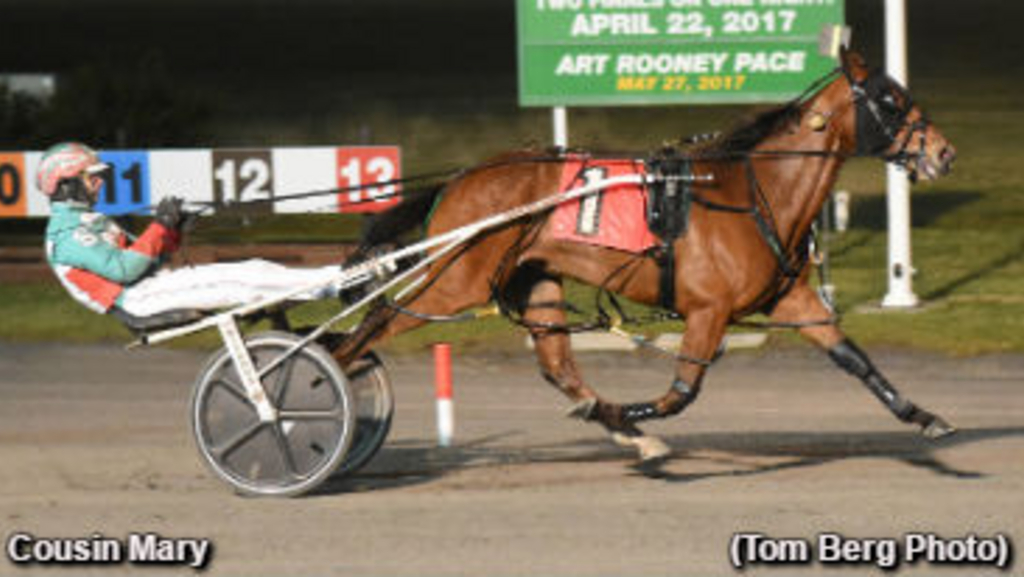 You just have to admire someone who was in a sow barn by day and a Yonkers Raceway winner’s circle by night.

The series was open to three- and four-year-old pacers who are/were non-winners of four races or $40,000 through last Dec. 1 and pretty much closed once ‘Mary’ strutted her stuff.

After hat-tricking her three Petticoat prelims, Cousin Mary won the draw for the final. Yielding early to St Kitts (Jason Bartlett), the people’s choice took over eight before a :27.4 opening quarter-mile. From there, it was quite simple (:57.2, 1:25.4, 1:54.3) after putting away a first-over bid from Vintage Babe (Yannick Gingras).

For Cousin Mary, a four-year-old daughter of Camluck owned by Williamson—a hog farmer northwest of Toronto—and trained by Andrew Harris, it was her seventh win in nine seasonal starts.

“Honestly, when she first came to me, I didn’t think that much of her,’ Harris said. “She was handling (Yonkers’) lower conditions, but not going that fast. When she moved up from non-winners of four (races) to non-winners of eight, she lost but raced better than she did when she was winning.

“That’s when I thought she had a future. Tonight was the first time the series Jordan (Stratton) popped her plugs, and I don’t know where her bottom is.”