New ON Owners Loving The Ride 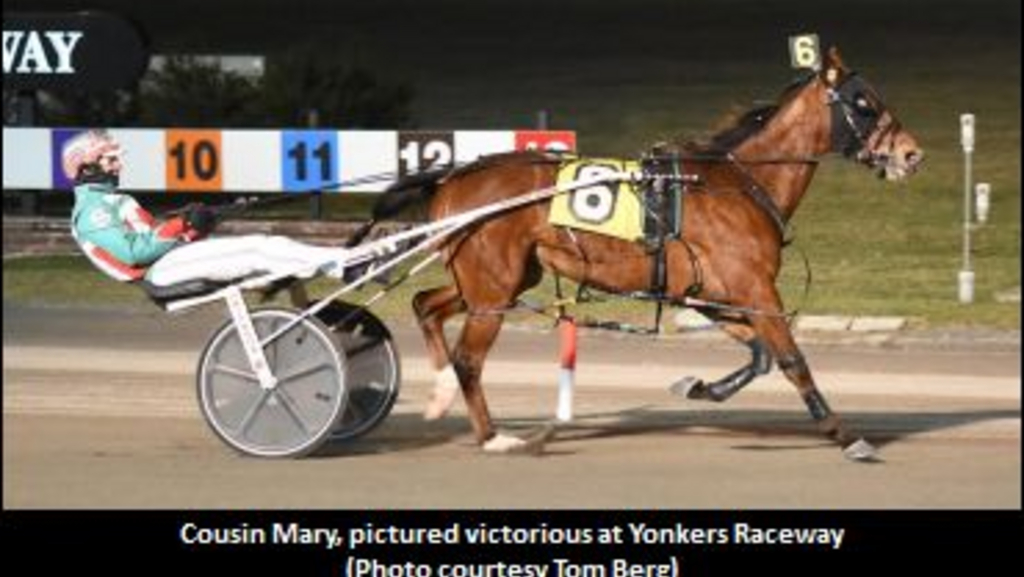 The manner in which Cousin Mary found her way to owner Jeff Williamson’s stable – not to mention the Petticoat Series at Yonkers Raceway – could best be described as fortuitous. Especially given the way she has frequently found her way to the winner’s circle.

Williamson bought Cousin Mary, the 9-5 morning line favourite in Monday’s $61,000 Petticoat Series final for four-year-old female pacers, in 2014 as part of a two-horse package. Williamson’s initial interest was in the other horse, a filly named Wild Blue Ponder, but Cousin Mary was thrown into the deal. Before agreeing to the purchase, though, Williamson wanted to talk with his wife, Becky.

“She’s definitely the best horse we’ve had so far,” said Williamson, an Ontario hog farmer who lives 125 miles northwest of Toronto. “It’s been a thrill. You need a horse like Mary to get you to the next level. For a guy like me and my wife, who are newer to the business, being in the Petticoat is a big thing to us. We’re proud of that. I know it’s not one of the bigger races, but for us it’s like the Little Brown Jug. Hopefully we get lucky on Monday.”

Interestingly, Cousin Mary ended up at Yonkers only after Williamson saw a deal to sell the horse fall through last year. J Harris, who was driving Cousin Mary in Canada, suggested to Williamson that he send the horse to his brother, trainer Andrew Harris, in New Jersey to compete at Yonkers.

Cousin Mary has won six of eight races this year, all at Yonkers. She won her three preliminary Petticoat divisions by an average of nearly four lengths and will start the final from Post 1 with regular driver Jordan Stratton in the sulky. 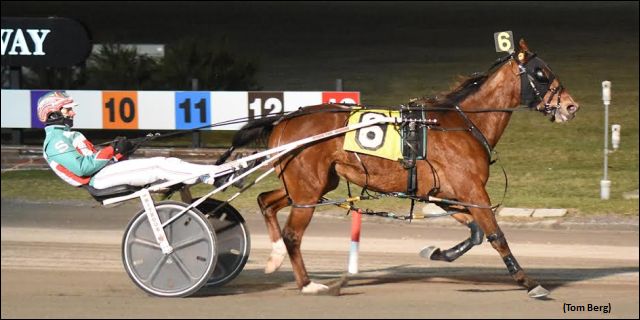 “There are some fillies in there that make me nervous, but the rail helps big time,” Andrew Harris said. “I think she likes Yonkers. She’s still a little green, but she’s getting the hang of it now and she doesn’t want to let anyone pass her and will pass anyone in front of her. She’s just come around and is peaking at the right time.”

Following the Petticoat Series, Cousin Mary is expected to head to the Bobby Weiss Series for female pacers at The Downs at Mohegan Sun Pocono.

Williamson got into harness racing seven years ago but stepped up his involvement only recently. The Williamsons rent a horse farm with 45 stalls and a half-mile track near their home farm. They are involved in all aspects of the sport now, from breeding to racing.

“I like to give horses a chance. Some people give up on them; I like those horses.”

Many of the Williamsons’ horses have Eataam in their name, which is a reference to the hog business, Eataam Pork. Eataam comes from the initials of the couple’s children at the time the name was created – Evan (age 17), Alyshia (16), Tyler (14), Amy (12), Allan (9) and Matthew (7). Another son, the now-five-year-old Parker, was born afterward.

“We didn’t think we should call him Pork,” Williamson said, laughing.

He added about the horse business, “Our kids are involved now. It’s been a lot of fun so far.”