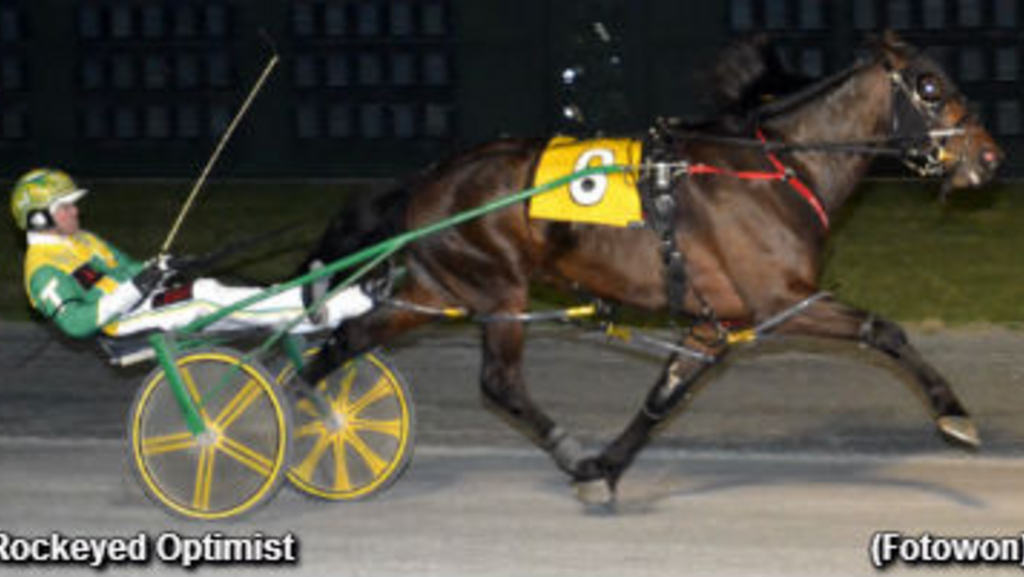 For the fourth consecutive time, Rockeyed Optimist, piloted by Tim Tetrick, proved a powerful winner of the week’s top pace for the Steve Elliott Stable and owners Perretti, Berkner, Battaglia and A&B Stables.

The five-year-old Rocknroll Hanover-Art Amour gelding took the lead early and shook off a determined bid from the Vic Kirby-driven Dapper Dude on the backstretch before pulling away to his fourth win of the year in five starts. Bettors Edge was second with Dapper Dude finishing third.

In the $33,000 Delaware Special, late-developing Blazing Bobby Sox and Art Stafford, Jr. came out of the pack in mid-stretch to overtake front-pacing Art Mustang and hang up a 1:51.2 victory - his fifth of the year. Mustang Art, as usual took the early lead for Sean Bier, and finished second with Papa Ray and Allan Davis, third.