One Track To Become Reality For BC Racing? 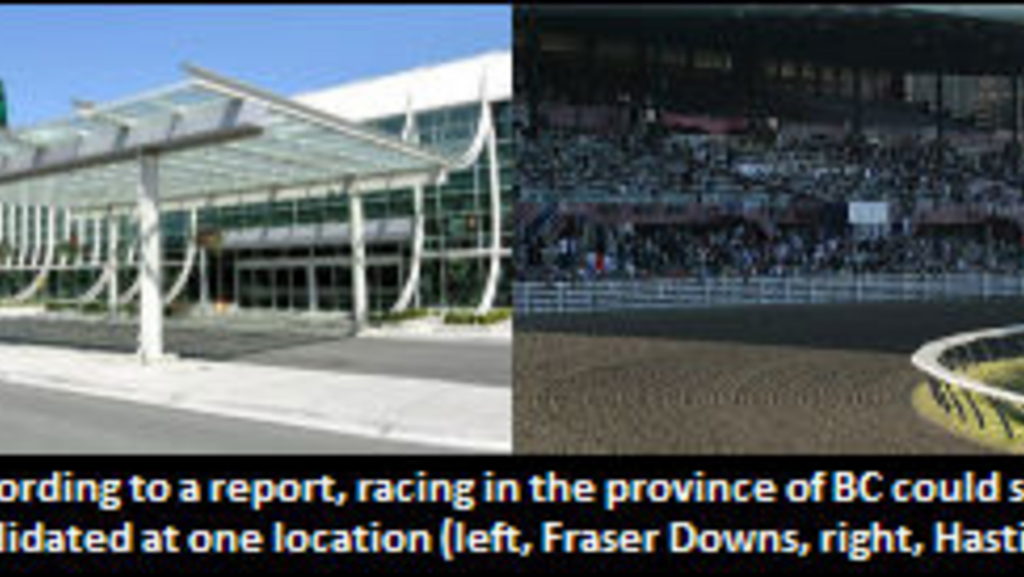 There have been rumours for some time that live standardbred and thoroughbred racing in the province of British Columbia may be hosted at one location in the near future. According to a report from the west coast, that idea could soon become reality

On Friday, March 18, News 1130 reported that the Great Canadian Gaming Corp., owner operator of both venues, is 'looking at the possibility' of closing Hastings Park, which is home to live thoroughbred racing in the province.

The article states that the raceway's lease is up in 2012, and the company does not have the capital to add a parkade and upgrade the backstretch, both of which are lease requirements from the city.

A decision will be made by October 31, but GCGC Vice President Howard Blank has gone on the record as saying that there isn't a crisis situation.

Fraser Downs in Surrey hosts live standardbred racing in BC.

• BC To Race At Just One Track?
• More Talk Of One BC Track

I personally dont mind sharing a new track with the tbreds, as long as we get 10 months of racing, or at least 9 months, split in 2 . It makes no sense to race mid dec to mid jan as it always ends in loss of dates due to track conditions.

Right now Im SCREWED, looking for a job to feed my family as I cant pick up and leave, I have a house thats has to be paid for, I certainly cant afford to live in 2 places at once. Surely we could reduce the purses on the top end as they are too high considering the shorter fields and the bottom end could lose a little as 4500 is a good purse for bottoms. I think it would be a small price to pay for essentially a year round job and we would see more owners and breeders back in the game.

Right now we are all wondering how we will feed our families and animals for the next 6 months, with word of high stall rent at the track during the off months keeping babies going will be a stretch....

The idea we can have 1 track

The idea we can have 1 track in Vancouver has not been thought through.Vancouver is unlike any other city, in that it has a big inlet and is divided by the 2 arms of the Fraser river,making movement around the city very difficult,and time consuming.Building a new track is not a feasible proposition.At present the Fraser Downs operation is working well,Hastings Park one of the most beautiful tracks in the world has lease problems with the P.N.E.If Great Canadian is not willing to step up to the plate then it should let another operator take over Hastings Park.There is no way the Surry Fair Board will have throughbred racing at Fraser Downs,and the track is to small anyway.As far as the Standardbred sector is concerned we need 10 months racing at Fraser Downs