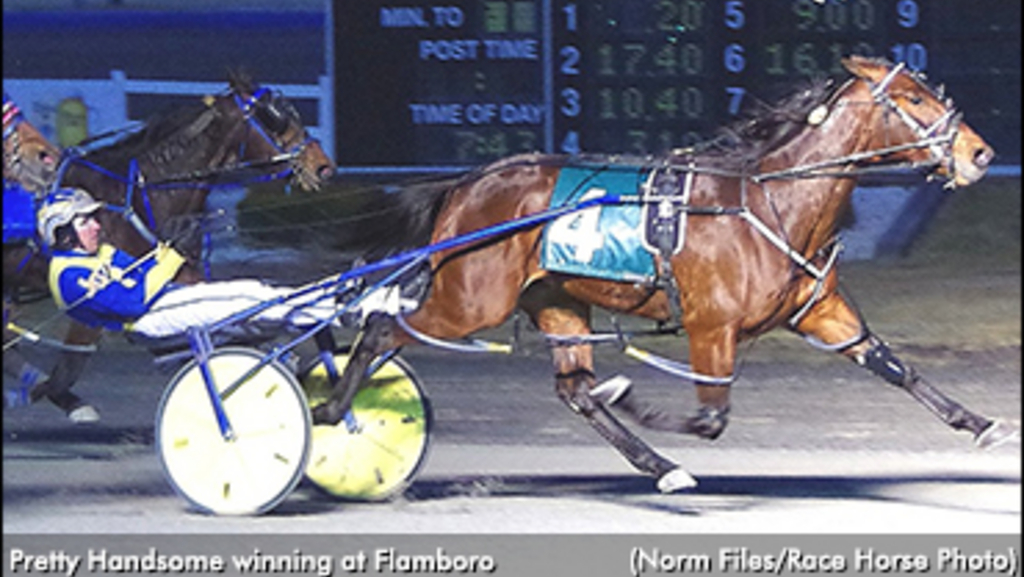 The $11,500 Preferred 2 Handicap Pace feature on the Sunday, March 17 card at Flamboro Downs went to Pretty Handsome, who won going wire to wire as the odds-on favourite in 1:54.4.

Driver Jonathan Drury drove for the lead from post four and maintained control through a clip of :27.3, :57.4 and 1:26.1. Toot Toot N tipped off the rail from fourth passing the half and drew within two lengths of the lead passing three-quarters but failed to make a dent in Pretty Handsome's lead one-and-a-quarter length lead heading to the wire. Pocket-sitter Hes Got Swagger settled for third.

A four-year-old gelding by Mach Three, Pretty Handsome won his third race from six starts this season and his 16th from 26 overall, earning $170,720. Andrew McCabe trains the $3.10 winner for owner Glenview Livestock Ltd.

Also sent the odds-on favourite, Canadian Pharoh flew to a three-length 1:57.2 victory in the $8,500 Preferred 3 Pace earlier on the card.

Driver Louis-Philippe Roy pulled first over with Canadian Pharoh at the :57.3, ranged within a nose of the lead past a 1:27.1 third quarter and propelled to the front through the lane. Paparazzi Hanover chased from second with Smooth Mara N taking third. 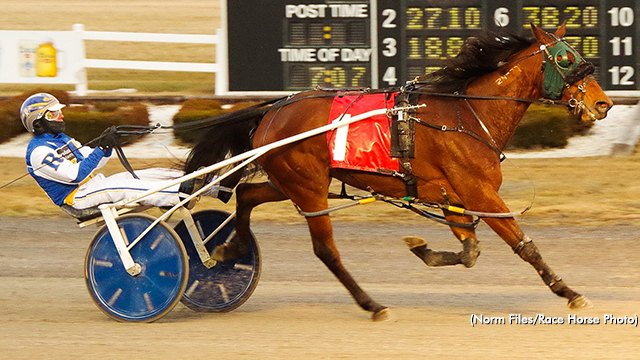