Private Purchase Set To Step Up 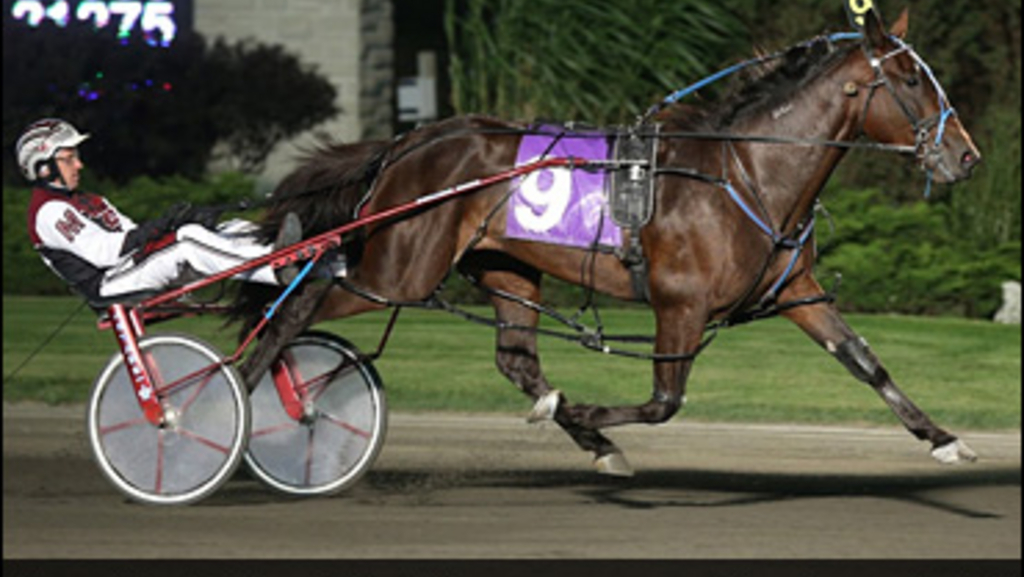 “The good thing is that she doesn’t know her breeding. When they line up, she’s not going to know she’s in against horses that were purchased for a lot of money. Dad (Frank) always says they don’t know how much you paid for them.”

She might not hail from a well-known family, but Hazmatt is ready to make a name on her own. A daughter of stallion Mattnamaras Band and the mare Surelymowdowner, the four-year-old Hazmatt will take on some of the sport’s best older female pacers in the Blue Chip Matchmaker Series at Yonkers Raceway.

Hazmatt will be exiting the conditioned ranks for the first time, but is no stranger to success at Yonkers. She is 5-for-5 this year, with all of her starts coming at The Hilltop. For her career, she has won 11 of 22 races and earned $81,510 for trainer Tony O’Sullivan and owners F. Bellino & Sons, Frank Bellino, and Joe Bellino.

The Bellinos bought Hazmatt privately from trainer Jim Mulinix, who also bred the horse, last July. Grant Wilfong, who trains horses in Indiana for the Bellinos, suggested the group take a look at the pacer.

“Grant found her and really liked her,” Bellino said. “I’m really excited. I think (the Matchmaker) is going to be a great series for her and great to see what we have.”

Hazmatt has won every start at Yonkers in gate-to-wire fashion, with a margin of victory no less than one length each time, and posted a best time of 1:53.3. She will be driven in her Matchmaker division by Brian Sears.

Hazmatt was unraced at age two. Last year, she won a maiden race in her career debut for Mulinix, then headed to O’Sullivan and won four of her next eight starts in Canada. She won once in her final eight races of the campaign, which were all contested at Woodbine Racetrack.

“She was a little inconsistent,” O’Sullivan said. “When we first got her, she was very aggressive. It took a long time to get her to calm down. She threw in a couple bad races and it was mostly because she over-raced herself. When we went to Woodbine, she really didn’t adapt to the style. They go the first eighth so fast at Woodbine. Even though she can leave, she wasn’t herself. She wasn’t finishing up well.

“We couldn’t really find anything wrong with her. We decided to send her to Yonkers to see if a small track would help her. She has the speed and she’s very handy. It’s all kind of worked out perfectly. The first start at Yonkers she was very aggressive. Brian wanted us to play with her gear a little bit to get her to come back to him. We made some changes to her bit and since then, even though she’s been up front, she’s been two fingers.”

Hazmatt will be stepping up in competition in the Matchmaker, but O’Sullivan, like Bellino, is hopeful the mare can do well in the series.

“It’s a real big step up, but she gets around Yonkers really, really well so we figured we’d give her a shot,” O’Sullivan said. “We’ve got nothing to lose. Why not give her a try. Her times have been very good at Yonkers and she’s been doing it easily, but she’s been doing it by herself. No doubt she’s going to have to be more versatile. I wouldn’t think she’s going to be able to wire these mares.

“But up here (in Canada) she probably went her best races when she raced off the pace. She sat on a helmet and was super. It’ll be interesting to see if she settles off the pace a little against better mares if she can carry her speed like she has. It will be exciting to see what she can do.”