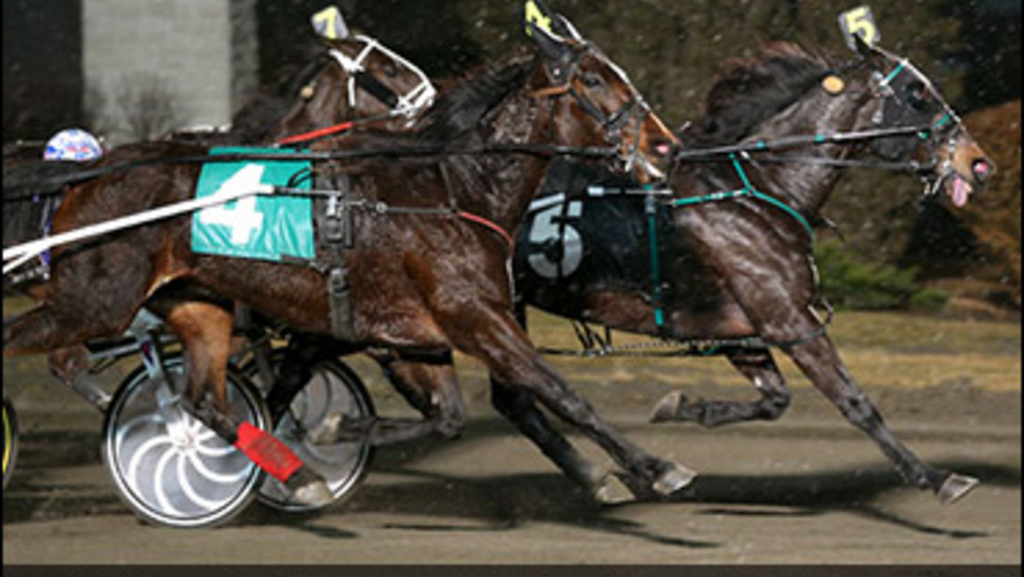 The second leg of the Lifetime Dream Trotting Series took centre stage Monday night at Woodbine Racetrack with a field of ten four- and five-year-old trotting mares contesting the $20,000 second leg of the three-week trotting event.

Seawind Pascale improved off her second-place effort in the first leg to come away with a gate-to-wire score Monday night in 1:54.

Driven by Rick Zeron, Seawind Pascale sprinted out to the lead and would set honest opening fractions of :27 and :56.1.

Around the final turn, the leader was challenged first up by Samira Hanover and the two mares squared off past the three-quarter pole in 1:24.4. In the stretch, Seawind Pascale put away Samira Hanover early, but got tested in deep stretch by an outside push from Her Name Is Lola.

At the wire, Seawind Pascale held on to prevail by a neck over Her Name Is Lola.

Standing My Ground, who got a two-hole trip, finished third, while Samira Hanover had to settle for fourth. Kate Smith, the winner of leg one, made a break around the final turn and finished ninth.

A five-year-old daughter of Deweycheatumnhowe, Seawind Pascale is trained by Ted MacDonnell and now has three wins from five starts in 2015.

MacDonnell co-owns the trotting mare with Seawind Amg Stbs 2005 Inc. Monday’s victory was the ninth career-win for Seawind Pascale and pushes her career earnings to $117,800. The clocking of 1:54 establishes a new lifetime best for Seawind Pascale. She paid $7.30 to win.

With the Jackpot Hi-5 not being selected by a single ticket, the jackpot pool going into Thursday's card sits at $633,516.73.