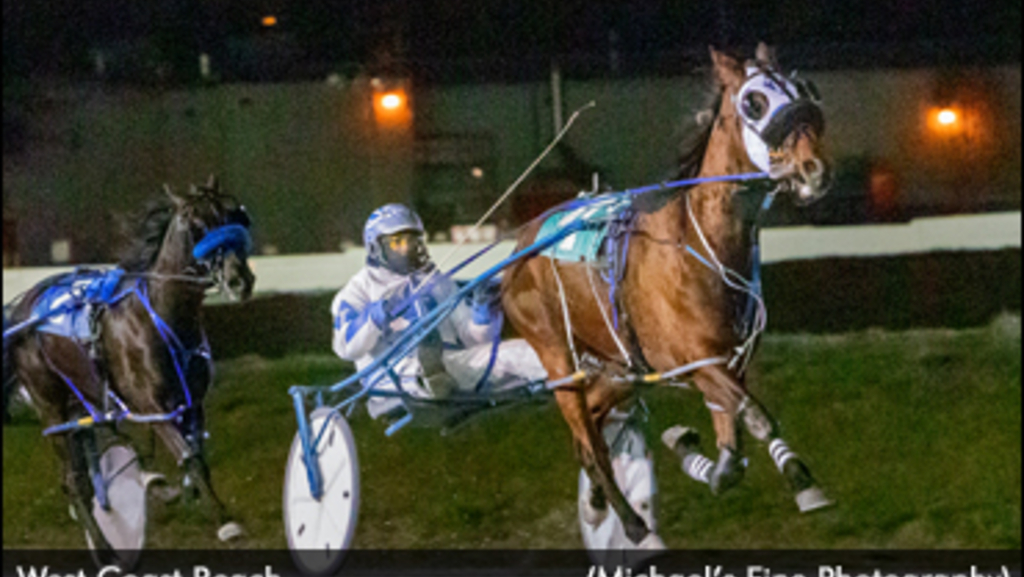 West Coast Beach led all the way in his season's debut to win the $40,000 B.C. Sales Stakes for three-year-old pacing colts and geldings on Friday night (March 13) at Fraser Downs.

Trainer/driver Rod Therres shares ownership of the homebred gelding with Veikko Pajunen. The son of Sunshine Beach is a full brother to 2019 Sales Stakes champion Ocean Wind and the third stakes winner out of Therres' 2010 Battle of the Belles victress Village Janus.

West Coast Beach paid $3.10 to win as the 1-2 favourite following a freshman campaign that ended with a victory in the Dan Ingram Memorial. He earned $57,066 last year finishing no worse than third in six starts. Tonight's victory marked his fourth win lifetime. 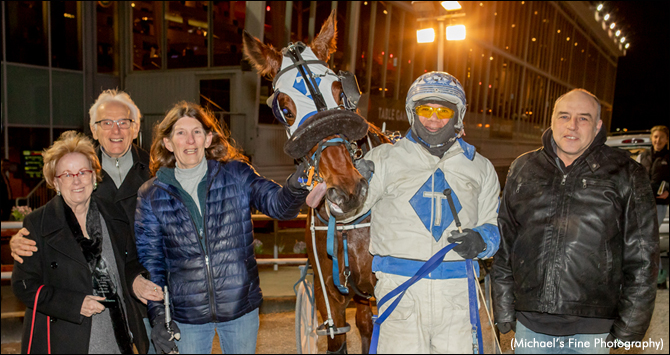 The victory was the fourth on the program for Marino, whose highlights included watching Sell A Bit N ($14.10) convert a pocket trip into a 1:55 victory in the $10,800 Fillies & Mares Open Pace. With Tony Kerwood aboard, the 10-year-old Julius Caesar mare overtook pacesetter Scardy Cat in the passing lane and held off the late-closing Steady Breeze by a neck.