Allindotime For Lee At Freehold 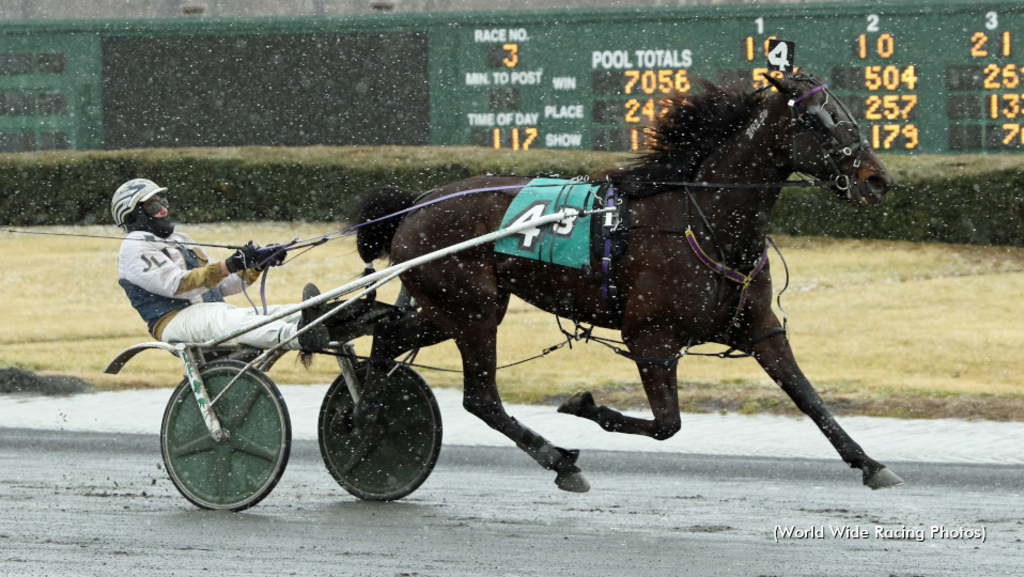 The less-than-ideal weather conditions during the Saturday card of harness racing at Freehold Raceway could not keep Allindotime and Joe Lee from a winner's circle date with the track photographer after the featured $9,000 American Harness Drivers Club trotting event.

As the rain continued to fall on the wet racetrack, Joe Lee was undeterred sending the odds-on favourite Allindotime to the lead, but the tandem never gained command until after the quarter was trotted in :31.3. And no sooner did Lee reach the lead, he relinquished it as Inukchuk Chuck (Mark Schullstrom) was in high gear from sixth position and took command as the half-mile timer flashed 1:03.1.

But, after the half, Lee sent Allindotime to the front, which he gained after the three-quarter timer flashed 1:33.3.

Once on top, this time Lee took no prisoners and had a 1-1/2 length lead when he headed for home, which was opened to 3-1/4 lengths at the wire as the timer flashed 2:03.3. Inukchuk Chuck and Schullstrom finished second, with Dark Pool and driver Jake Stillwell rambling home third best some eight lengths behind the winner.

Allindotime is trained by Bill MacKenzie for owner Alma Iafelice. He paid $3 to win.