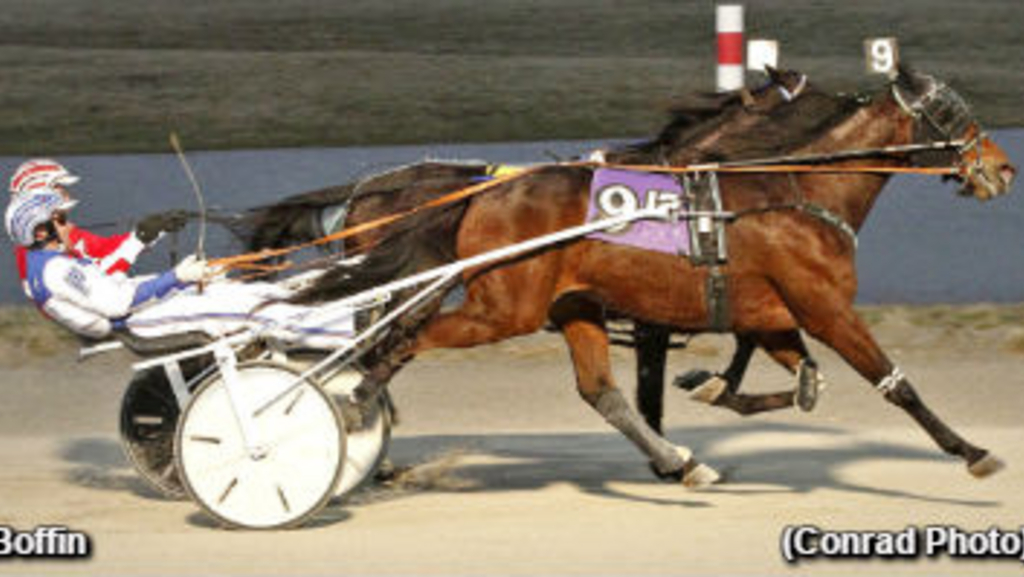 Driver Chris Page was content to drop in fourth along the pylons after leaving from the outermost post position with Boffin in the classy 10-horse field. After watching tempo setter Martz Time (Kayne Kauffman) cruise by the quarter in :28.1, Page opted to follow favoured Final Breath (Dan Noble) into the outer flow as they passed the :56.3 half.

When Final Breath couldn’t clear and appeared stalled at the 1:25 three-quarter mile mark, Boffin was angled around him and the stretch-long duel with Martz Time was on. It wasn’t until the final stride or two that Boffin gained his first advantage, winning by a head over Martz Time in 1:54. Final Breath held on for the show dough.

Leading driver Kayne Kauffman visited the winner’s circle in five consecutive races, including three of the eight elimination heats of a “Survivor Series” for $5,000 horse and gelding pacers.

Kauffman has opened up a double digit lead in the dash standings and eclipsed the $400,000 purse earnings plateau in the first 23 cards of the current 87-day meet.

The top five in each of the eight divisions ‘survived’ to the second round next Tuesday, when four fields will chase $6,000 purses. There will be two semi-final races for $7,500 purses, followed by a $20,000 championship on February 28.