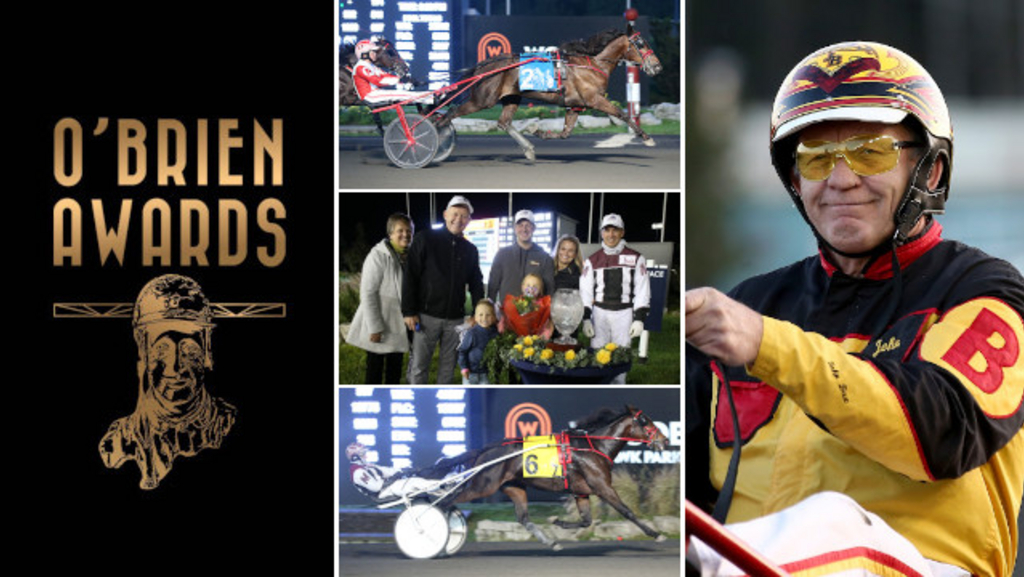 Chasing O’Brien Award trophies never gets old for veteran horseman John Bax, who has a pair of 2021 trotting finalists in Duly Resolved and recently retired Up And Ready.

In addition to being named Trainer of the Year in 2001, the 67-year-old trotting specialist has campaigned his fair share of Canadian champions over the years including the likes of Goodtimes, Duke Of York, Define The World, Riveting Rosie and Stubborn Belle. While the stars continue to rise from his stable that he now operates with son Matt, he takes none of his success for granted.

“It's always an honour,” Bax told Trot Insider. “You can never have enough of those. We've been nominated before and you think they're going to come along every year, but they don't. So, we appreciate them. It's always good to be honoured.”

His current O'Brien candidates include Duly Resolved, who was top two in 10 of his 12 starts and banked $631,659 during his freshman season in 2021 while driven by Paul MacDonell.

“Matt and I actually went over to Cool Creek to look at him over there and we liked him there,” recalled Bax. “He had one leg that was skinned up a bit because it had got caught in the fence and so, being frugal, I thought that we might be able to get him at what I consider a bargain price, so that's why I followed him to Lexington. When we saw him at Cool Creek, we were pretty high on him, and we had trained the sister [Bright Eyes M] and she didn't have great conformation, but she still made $300,000, so we thought that family had a lot of desire.”

Duly Resolved certainly lived up to early expectations training down and once he hit the racetrack.

“We had high hopes on him early on. We kind of always joked that we thought either he was real good or all the rest of them were real bad because he always stood out right from the get-go,” said Bax. “The first 10 starts he had five firsts and five seconds. He got a little tired at the end and maybe we went a little farther with him than we should have but it was a pretty special year.”

In addition to being a standout in the Ontario Sires Stakes program with three Gold Series wins and a second-place finish in the Super Final to fellow nominee Twin B Archie, Duly Resolved was a top contender on the Grand Circuit. He won an elimination of the William Wellwood Memorial and finished second in the final behind U.S. divisional champion King Of The North. He was also a runner-up in a division of the Champlain Stakes. And topping it all was his Mohawk Million effort, missing by just a head next to filly finalist Venerable.

For Bax, finishing second in the million-dollar race was a surreal moment.

“It's always nice to win but a second in that race I think was going to be more special than all the wins,” said Bax, noting it was a memorable experience for the ownership group. “They're a couple of small guys and they have participated a long time in the business, so I was really happy for them that they got to experience that. It was quite a ride for them. It was a great year.”

It was also a great year for Up And Ready, who hit the board in 12 of her 15 sophomore starts on her way to an O’Brien nomination in the three-year-old trotting filly division. The Kadabra-Glide By filly earned more than $360,000 to push her career bankroll over the half-million-dollar mark for owners Al Libfeld, Marvin And Lynn Katz and Sam Goldband.

But the headstrong filly’s success did not come easy.

“She had quite an attitude on her, and we struggled a little bit with her – trying to get along with her – but after awhile, Dougie [McNair] got on the same page as her and things started to go a little better. She finished the year out really well.”

Bax’s patience paid off as Up And Ready’s final two wins of her career came in the Ontario Sires Stakes Super Final and SBOA Stakes.

“She was pretty dominant in the Super Final,” noted Bax. “She raced huge. Doug gave her a great drive and I thought she was the freshest of any of the group at the end of the year. Matt did a great job keeping her fresh and tight.” 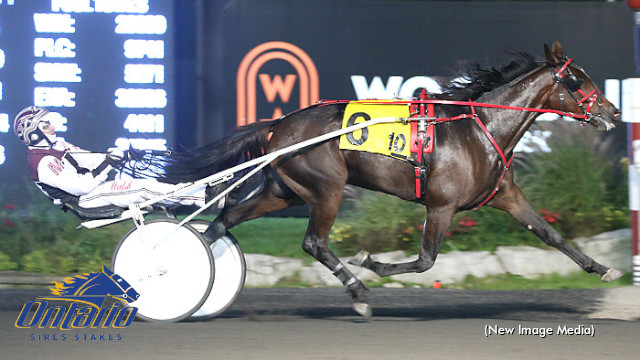 Up And Ready has since joined the Libfeld/Katz Breeding Partnership’s broodmare band and is being bred to Walner in 2022.

While Bax won’t miss Up And Ready’s attitude in the barn, he will miss having a talented filly like her on the racetrack.

“I think a foal is going to be pretty special for them,” said Bax, who is pleased to see his patient and loyal partners experience success on the racetrack.

“It always starts with the owners and Al and Marv and Sam, they're easy to train for because they let you do what you’ve got to do [and take the time you need] to make them good. They're really easy to train for and the same with ‘Duly's’ owners. I've been with those guys for a long time and they're loyal and I'm just so happy for them that we came across a horse like ‘Duly.’ That's what it's all about. The money is great but to have a horse that's going out and getting his picture taken, that's pretty special for the owners and it's good to see.”

Another key individual to the stable’s success is his son.

With Matt now a full partner in the Campbellville, Ont.-based stable, Bax is happy to take on more of an advisory role at this stage in his career.

“Matt does all the heavy lifting now, I'm just in the background. I'm there to tell him what he's doing wrong and he's there to tell me where to go,” joked Bax. “Matt's got everything under control and he's doing a great job. I can spend time down in Florida and relax and he can suffer in the cold weather. It's worked out really well.”

With a resume brimming with O’Brien Award champions, winners of 892 races and more than $24.9 million in purses, there’s no doubt Bax has some invaluable wisdom to pass down.

“Well, I think I know something, but I'm always corrected -- this game here, it'll humble you pretty quick, so you never take these O'Brien nominations for granted because they don't come every year,” he said. “We appreciate being nominated. It's tough to get there, it's tough to get nominated. Obviously, it's in your blood, it's a great sport and you're always trying to get back to the top and it's not easy.”

Looking ahead to this year, he’ll try again.

“We have 20 two-year-olds this year, which is a lot more than we usually have,” said Bax. “We're typical horsemen, you know, we had a good year last year with ‘Duly,’ so you just go spend it on other horses and try to do it again. We hope that we have another ‘Duly.’ I guess that's about the simplest way to say it: you're always looking for the next one. That’s what keeps you going, that's what gets you excited in the morning: go and drive babies and hope you have another good horse that gets nominated for the O'Briens. It just keeps on going.”

And so, the chase for the next champion continues.

Canada's 2021 champions will be announced at the O'Brien Awards Virtual Gala this Sunday, Feb. 6 on standardbredcanada.ca.