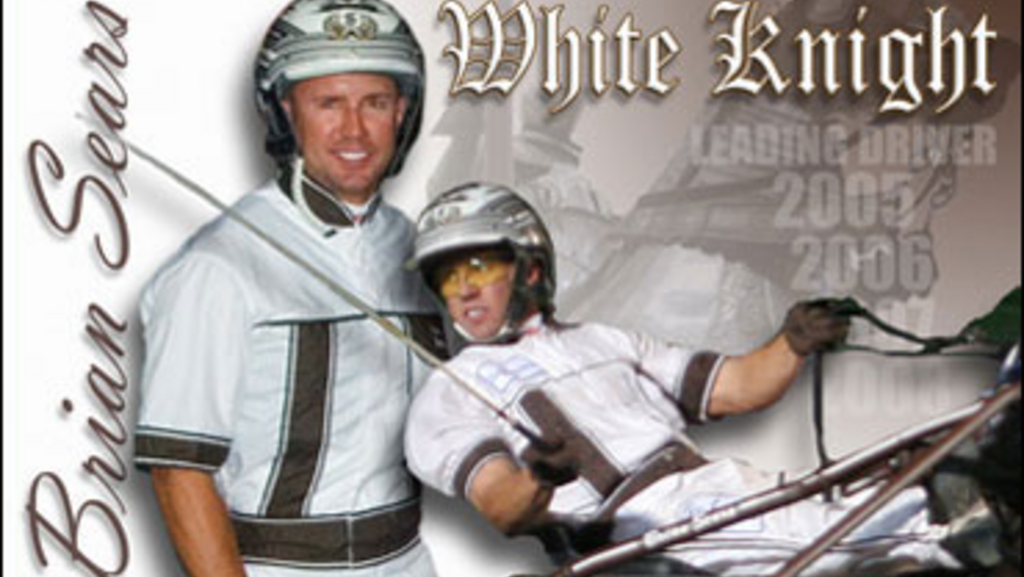 Brian Sears was the best bet of the night on Friday at The Meadowlands. The White Knight bagged five wins on the Friday card, including both $40,000 Cape & Cutter Series divisions, for an average win payoff of $13.20

Sears and Red Star Hottie [$16] bump drafted Cuz She Can and flew past her in the lane to win the first of the Cape & Cutter divisions for open pacing mares in 1:51.1. Shacked Up charged up late to finish just a neck behind in second, while Shanghai Lil rallied quickest of all to grab the show spot. Red Star Hottie, trained by Ron Burke and co-owned by Burke Racing and Weaver Bruscemi, posted her first win in four starts this season. The six-year-old daughter of As Promised-Whitehorse Fever surpassed $400,000 in career earnings.

Sears and Symphony In Motion [$11.80] scooted up the pylons to take the second Cape & Cutter division in a close call over Go On BB and Laughandbehappy. Clocked in 1:51.4, Symphony In Motion surpassed $750,000 in earnings with the victory. Mark Harder trains the seven-year-old daughter of Bettors Delight-Malocchio for Joseph Jannuzzelli of Manalapan, New Jersey and Carol Demarch of Springfield, New Jersey.

Summer Camp turned the tables on rival Meirs Hanover in the first of two $20,000 Exit 16W Series splits for four-year-old pacers. Summer Camp set a :26.4 opening quarter before taking a backseat to Meirs Hanover through middle fractions of :54.4 and 1:22.2. Driver Andy Miller popped Summer Camp out of the pocket in the stretch and he roared past the leader for a length victory in 1:49.3.

Trained by Josh Green, Summer Camp had a six-race winning streak snapped by Meirs Hanover in his start prior, the $62,600 Clyde Hirt Final. The son of Rocknroll Hanover-Roman Art is now four-for-five on the season. Originally a $28,000 yearling purchase, Summer Camp has earned $123,255 for Larry Baron of Horsham, Pennsylvania and VIP Internet Stable of Piscataway, New Jersey.