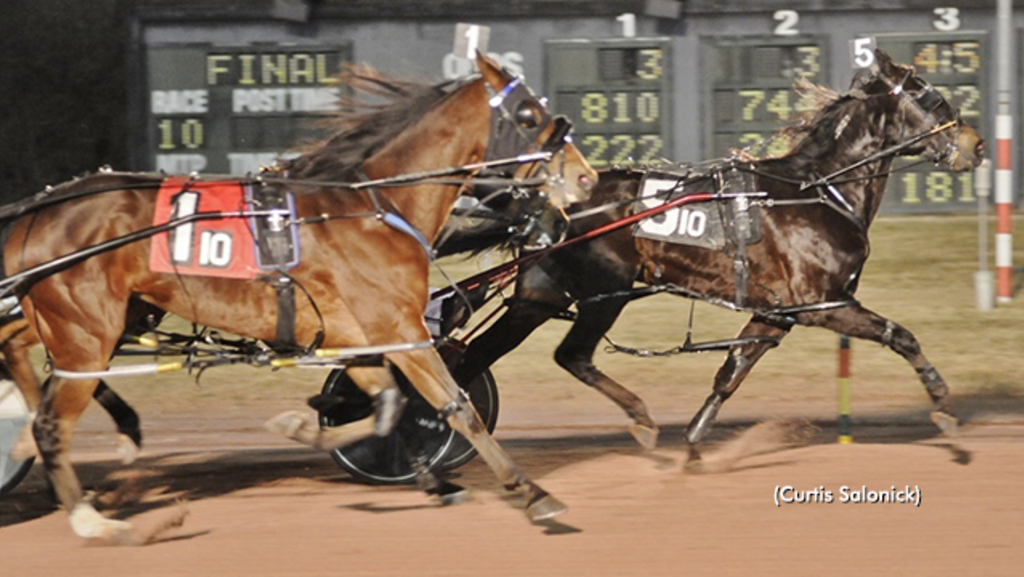 The Matt Kakaley Show continued to be the featured attraction on the Sunday (Feb. 20) card at The Downs at Mohegan Sun Pocono, as the 33-year-old piloted home six winners (only one of them the favourite) to bring his total to 15 victories after the first cards of 2022.

One of the successful sextet for Matt was Getyourlicenseliam, a Control The Moment gelding who took the division of the $15,000 tri-features for male pacers with a 1:54.2 win. Luckless in two starts since coming Stateside, Getyourlicenseliam made two speed moves, yielded to sit the pocket behind Lincoln Boulevard, then used the Pocono Pike to first pass the pacesetter and then withstand the grinding first-over Mudville by a neck for trainer Nicholas Devita and owner Robert Stasio.

The distaff pacing feature saw the Captaintreacherous mare Easyrunner Hanover make a successful seasonal debut on the engine in 1:55.2. George Napolitano Jr. guided Easyrunner Hanover to a neck victory over Wannashakeyourtree for trainer Tony Alagna and the partnership of Brad Grant and Steve Heimbecker.

The trotting feature fell to Donato Hanover gelding Hurrikane Willie G, who boasts a winning streak of two and a seasonal record of 4-2-2-0 after a 1:57 victory for driver Jim Pantaleano, trainer Christen Pantaleano, and Morrison Racing Stable.